One of only 11 in the Entire Country!

Not that they’re a dime a dozen but spotting a “Muffler Man” (as Roadside America calls ‘em) is pretty easy as there are hundreds across the US. But a Muffler WOMAN? Now that’s something/someone Mod Betty thinks is worth the detour! Especially since there are fewer than a dozen of these fiberglass females in the world. Our Nitro Girl at Werbany Tire Town in Blackwood is the only one in the entire Northeastern US. 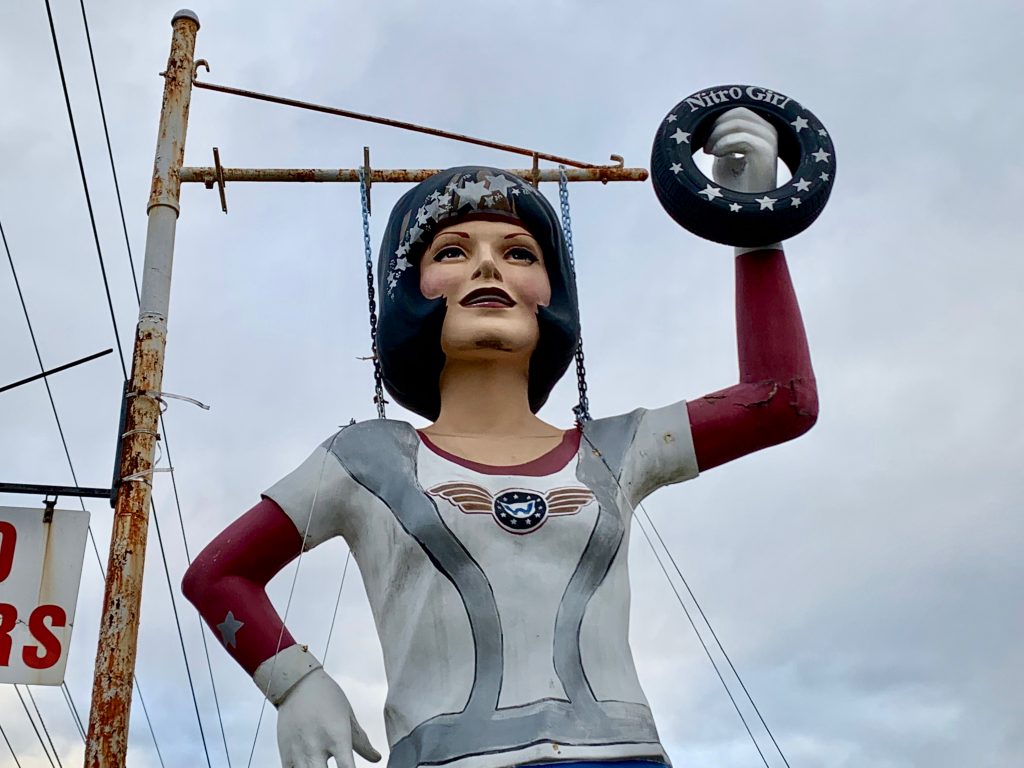 Known properly as the Nitro Girl (Since Werbany’s inflates their tires with Nitrogen not air) she’s 18 feet’ tall and has been been making drivers do a double-take since 1965, when Ed Werbany senior bought her at an auction for a few hundred dollars.

She - and all of her shapely sisters - was made in California by International Fiberglass in the 1960s as a promotion for Uniroyal Tires. This is why she’s holding a tire, and dubbed affectionately by the Roadside America team as a “Uniroyal Girl.” They came in 2 outfits - either wearing a bikini, or more conservatively dressed in a a blouse and skirt. 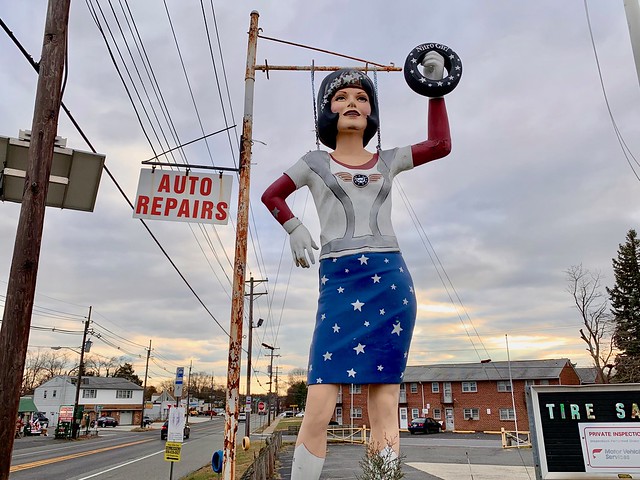 Our giant Jackie Kennedy look-a-like got a makeover in 2007 when current owner Ed Werbany, Jr. hired some artists to update her look. Painted patriotic red,white and blue, stars were sprinkled over her skirt and hair and she now sports stylish white go-go boots. The design on her top includes a winged capital letter W - for Werbany of course - though some people think she’s quite the wonder woman!