Puttin on the Ritz!

Driving down the White Horse Pike in Haddon Township you can’t miss the Ritz theatre marquee, purple and red, shading the entrance and sidewalk below. Though this small local theater only has just over 300 seats, it is important enough to be listed not only on the New Jersey Register but also the National Register of Historic Places.

With the exception of the aforementioned marquee, and later added decorative semi-circle walkway, the exterior is fairly traditional, in keeping with its single-level block of storefront neighbors. 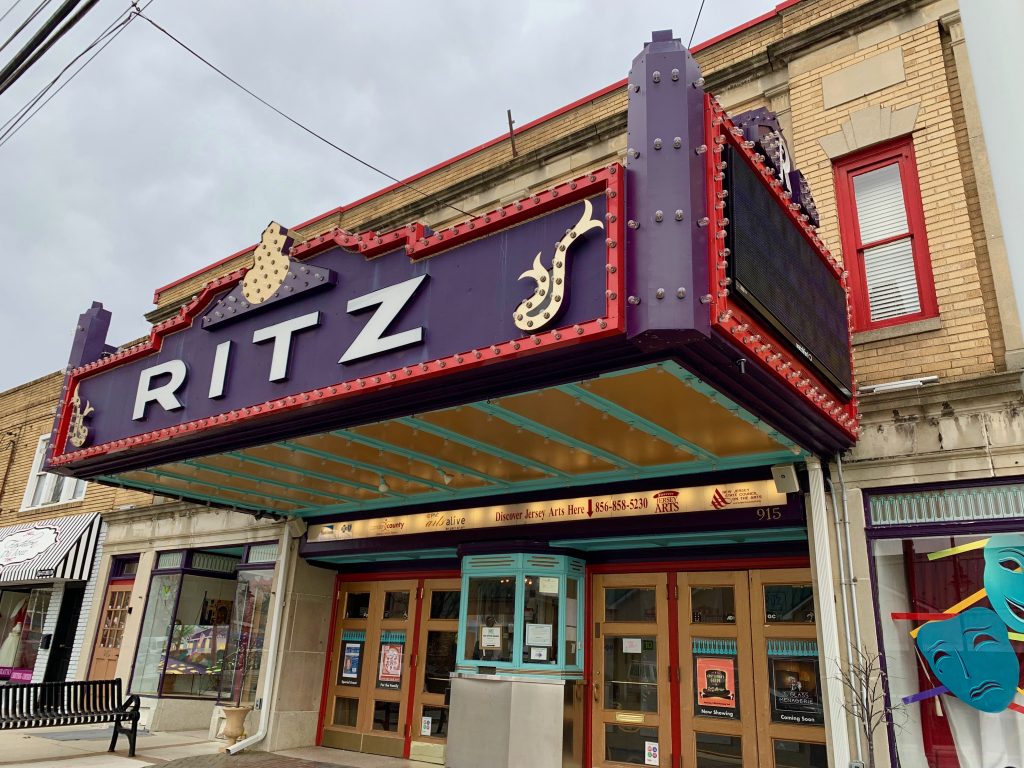 Entering you’ll be welcomed into a small and bright lobby space offering requisite snacks and drinks. But where you’ll really be rewarded for your visit is once you’re inside the auditorium. There you’ll be welcomed by original neo-classic canvas murals, gold trimmed pilasters and decorative carved balustrades. 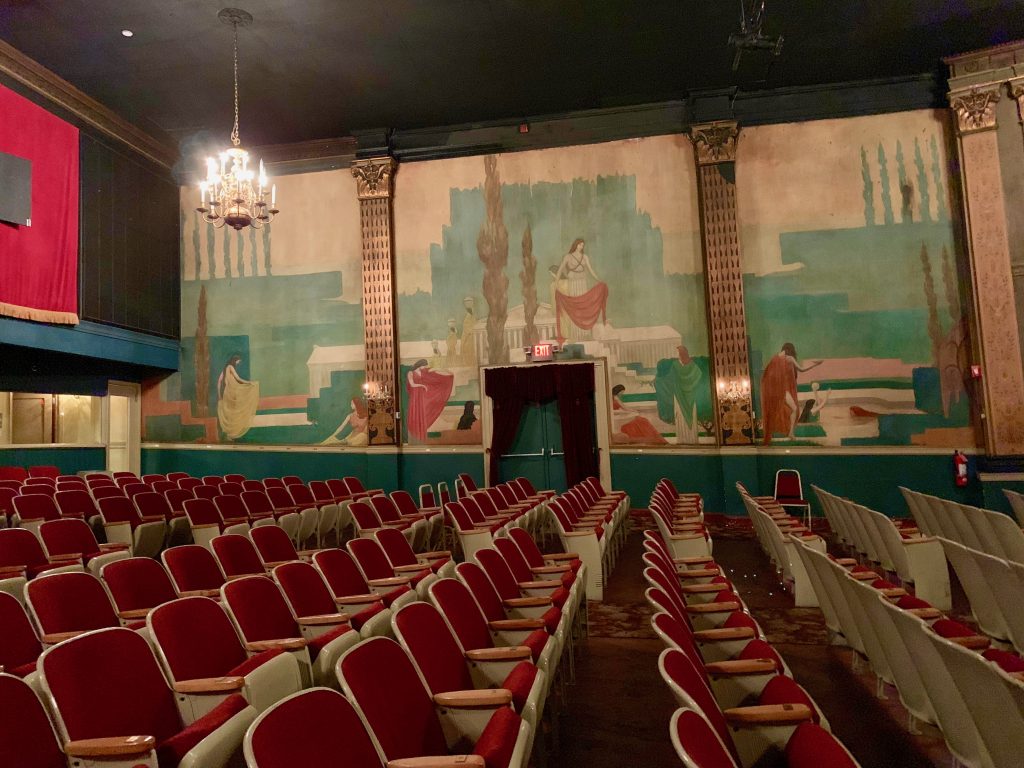 The Ritz was built in 1927 for the purpose of bringing vaudeville entertainment and movies, first silent, later talkies to this New Jersey community. As with many theaters it transitioned to strictly movies, fell on hard times, and thanks to a concerned group of dedicated people it has survived.
Rescued in the mid-1980s by a group of artists who saw the potential in this historic space, the Ritz Theatre Company was created. Since then they’ve been producing 6 Main Stage shows per year including musicals, classics and new shows. They also offer 10 Children’s theatre productions, and theater camp for the budding thespians.

Heck even Retro Roadhusband played on this famous stage, since the auditorium can be rented for events! 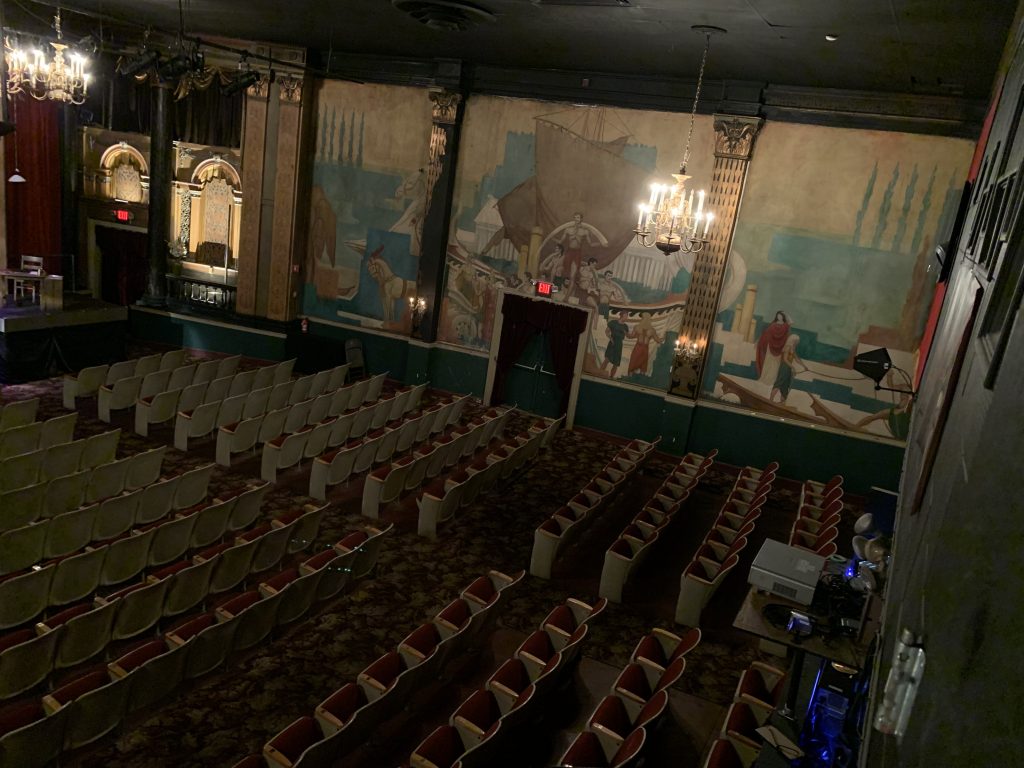 The theatre is only a 15-minute drive from Philadelphia, so if you’re in the area, check it out.

Be sure to stop by at night when the marquee is aglow, a beacon in the night.

Check their Yelp page for a vintage photo showing their blade sign - cool!