At the risk of being a blasphemer I have to proclaim: Label's Table has the best pastrami I have ever tasted. Hands down. Anywhere in the world. 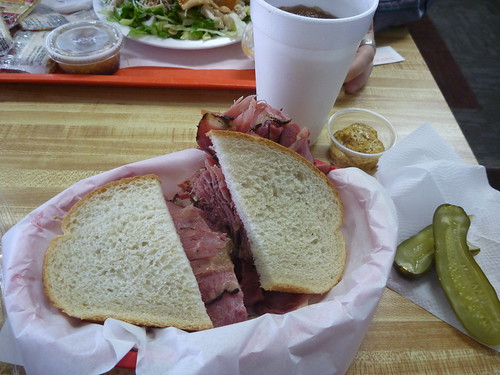 Better than Factors, Art's, The Hat or any L.A. Deli. And, dare I say, better than the pastrami I ate during my 12 years living in New York City. Sorry Carnegie and Stage Deli but it's true. The perfectly salty meat served at Label's is the most flavorful, tender and gut satisfying Pastrami ever!

And that's not just one man's opinion. I've taken no less than 2 dozen folks (including my New York born and raised wife) to Label's and they have all agreed that it is the meat that dreams are made of. The pastrami is what drew me to this gem of a place in the first place and what keeps me coming back again and again and again. While working in publishing in Beverly Hills one of my co-workers heard I had once lived in The Big Apple. “You lived in New York. Do you like Pastrami? I know a joint.” “Sure. Let's go!” I figured he would take me to one of the local places like Norms, Nibblers or Cantors. Instead we drove several blocks away down Robertson Blvd making a quick right on Pico into the Jewish section of Los Angeles. 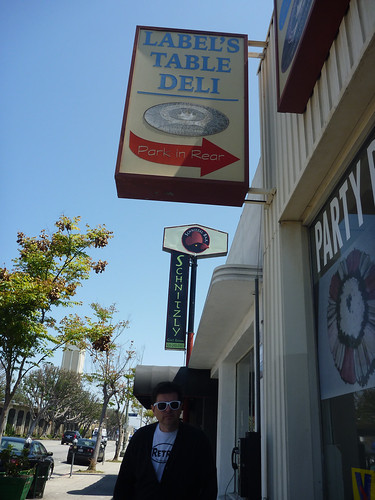 There is no wait staff at Label's Table on Pico. You simply get in line, order your sandwich from a guy with a beard named Bruce, and wait for your number to be called. When it is, you claim your culinary treasure at the counter and dig in. Keeping in with my rules about atmosphere, Label's is as old school as it gets. No hip. Lots of hip replacements. The walls of the joint are decorated with a lovely mix of randomness ranging from fan art for the film E.T. (done 12 years after it's release) to a Fiddler On the Roof inspired latch hook rug. 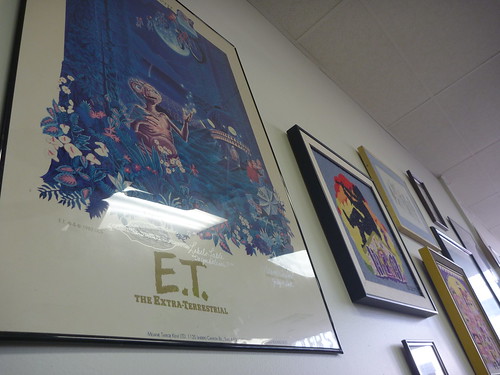 I often joke that the medium age of the clientele at Label's is deceased. Most of the regulars have ingested decades worth of classic deli food and know great when they taste it. That explains why Label's is always packed with regulars since the early 1970s. The old lady with the oxygen tank and 2 nurses. The angry looking short father & son who bring in various business acquaintances and the guy with the giant ears are always there. Seriously they have been here, every time I've eaten at Label's. No matter what day I go. They are there during the lunch rush. Which at Label's is between 11am and 12:30. 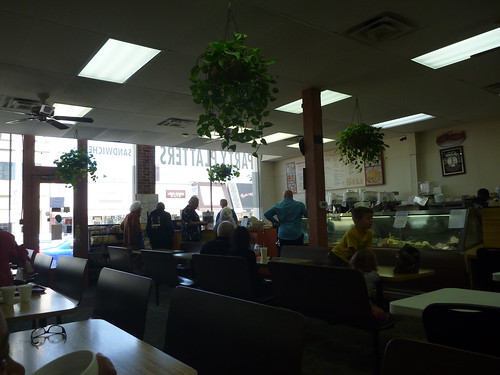 If Pastrami isn't your pleasure (why not?) the Beef Brisket sandwich is also a juicy treat and the Matzo Ball soup has nursed me through many a cold by combining the right amount of hearty broth and melt in your mouth moist chicken. They have great sides including potato salad and cole slaw, but honestly the sandwich and drink are more than enough to satisfy your appetite. The average lunch at Label's will set you back between $12.00 and $15.00 per person. Unless you get the special sandwich of the day, which is random and changes daily. That will save you $3.00 or $4.00 which you could then use to pick up a half dozen day old bagels on the way out for a buck fifty.

If you ever come to meet me for lunch there I'm pretty easy to find. Number 1: I'm not ancient. Number 2: I'll be in the booth farthest from the front door and closest to the soda machines. I like to keep my free refills within arms length. 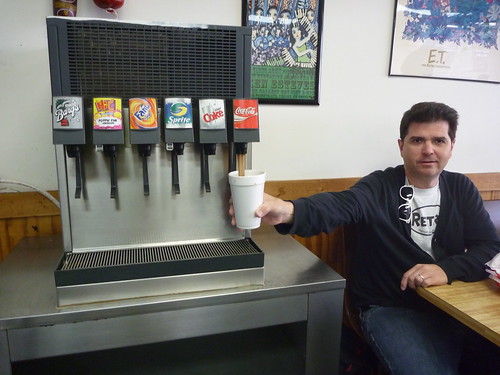 Label's Table has a second location off the 101 in Woodland Hills across from the Old Actor's Home. The fancier sit down table service version is perfect for a nosh before visiting Zsa Zsa or the guy who played (and still think he is) Tarzan.