Since 1945 Bowlmor Lanes has been open for duckpin bowling on the main strip of Route 6 in Mattapoisett, MA. New England is known for its candlepin bowling with duckpin being an even more rare breed, with only 50- 60 duckpin lanes open across the entire country. Bowlmor is one of just 4 in Mass to offer this bowling. 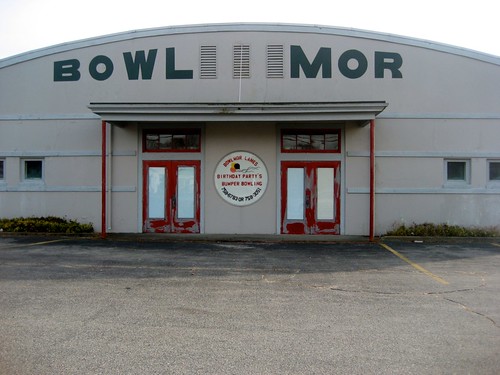 I have been wanting to check out this bowling alley since forever ago when I worked down the street in North Dartmouth. Since the Bowlmor is attached to Chinese restaurant Cathay Temple I always thought how cool it would be to own both of them and rename the place “The Scorpion Bowl”. It didn’t hurt that both places had out of place aqua paint job with bright red trim- funkily standing out against the weathered clapboards in this waterside town. Alas the place has been greyed up since then, but I was just thankful it was still open at all! Work was being done on the Temple so I’m glad both places never turned into a national drug store outlet, as was rumored might happen years ago. 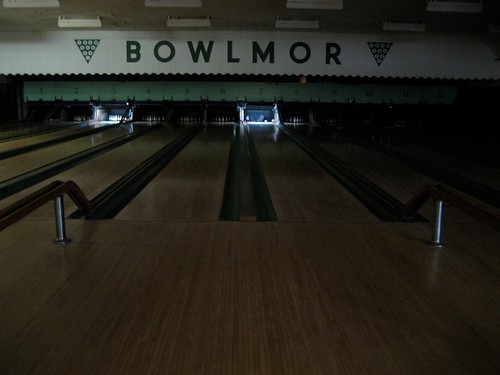 When we walked into the building it was like we stepped back in time. Not only because the place itself is so wonderfully old fashioned, with its wooden floors and benches, but because the lights were mostly off, and no one had started bowling yet, so it was eerily quiet. To make the sight even more like we stepped into another dimension, there was a glow coming from the end of one of the darkened lanes. It was just someone (owner Neil Macedo perhaps?) fixing one of the original mechanisms, but think about it- when is the last time you were in a quiet bowling alley? Once we got our shoes and folks started filtering in for the birthday party that was happening the lights were turned on, balls began to spin, pins began to fall down, and sure enough the familiar bowling alley cacophony began.

I got a quick lesson on the differences between duckpin and candlepin from the young fellow behind the counter (and sorry laddie but though it may seem like it to you, this place isn’t over 100 years old, yet!). Main differences in duckpin is that the balls are lighter than candlepins and – as the sign says below: 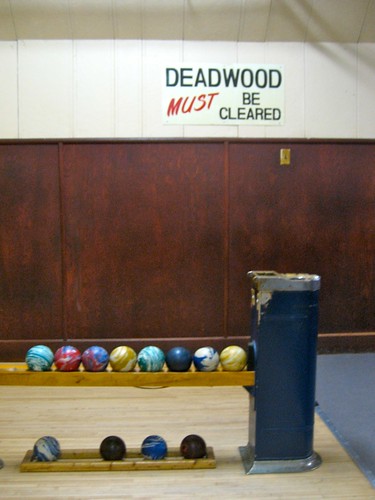 Yes, all “deadwood” or knocked down pins, need to be cleared between each roll of the ball, and there’s a special foot pedal that you press that accomplishes such a feat – with your feet! 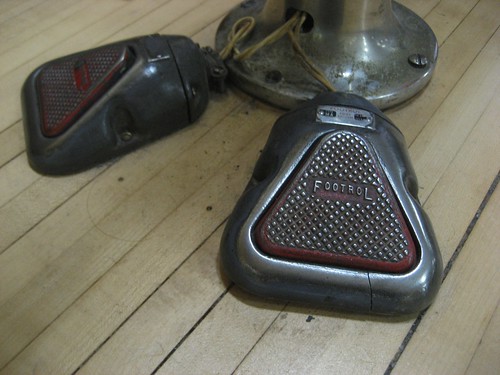 There’s another button that you press when your string is over, that clears away the deadwood and resets the pins for the next player. The Retro Roadkids had great fun with both mechanisms. I admit to being a bit smitten with the old fashioned technology myself!

The one thing that I remember from bowling as a kid that I was glad to see was the old fashioned method of scorekeeping with a pencil and a tally sheet. We used to amuse ourselves drawing mustaches on  and otherwise “improving” the advertisements that surrounded the score box. The  Retro Roadkids had fun practicing their letters and numbers, and it was nice to think that they were learning to count, instead of having a computer do it for them. 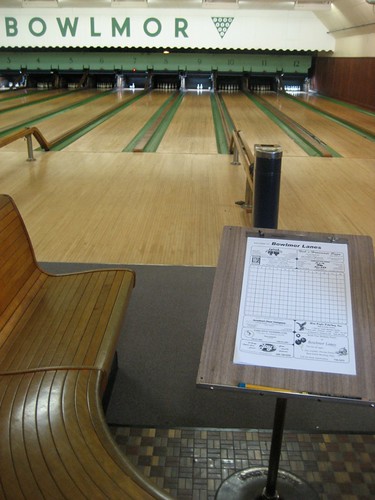 Everything in this place was old fashioned and I loved it. The Retro Roadkids had a great time, I took gobs of photos, and I was glad to see the place fill right up within the short time that we were there. I’ve read that they mainly do league bowling during the week – and think it’s so cool that many of the oldsters in the area are still active in this way. 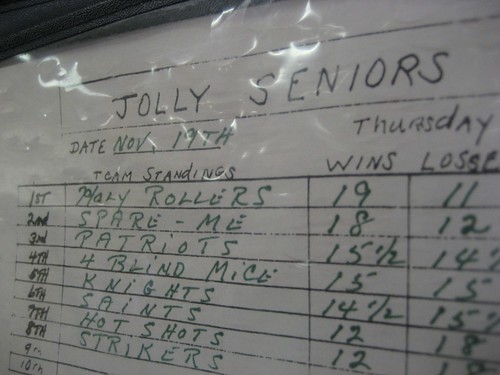 If you want to feel like you’ve stepped back in time check out this place the next time you’re in the New Bedford area. And if you’re interested in trying duckpin bowling, check this link out to see if there’s duckpin bowling near you!