I remember seeing just a bit of the movie The Friends of Eddie Coyle when my dad was watching it once on TV and doing a complete double take when I saw that the scene was filmed in Dedham the town where both my mum and my dad grew up, and where “Grammie in Dedham” lived, on Richard Street, a few blocks away. We’d sometimes walk to Dedham Square to get an ice cream cone at Cole’s Drug Store or see a movie at the Community Playhouse. 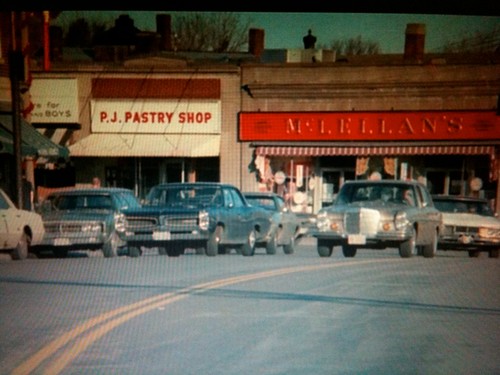 Now that I’ve broken a bone in my foot (blah) and am having to spend a bunch of time with my leg up, I thought it would be a good time to do a Retro Roadmap Re-view of this 1973 movie, starring Robert Mitchum, and co-starring a number of great locales from the Boston area. Like watching Spenser For Hire, it was almost more fun to see where things were filmed as it was to follow the story! I’m going to break this post into 2 pieces as I know my diner pals will be interested particularly in part 2. But for now, here are a few places that made me curious, or homesick or both.

Here’s Robert Mitchum looking in the window of a cafeteria type restaurant across from a T station – who from Boston would miss that iconic letter? In the reflection I see that they serve Spanish Omlettes. Though I’m not quite sure, I’m thinking this place might’ve been near Park Street? OK Bostonians, what say you? 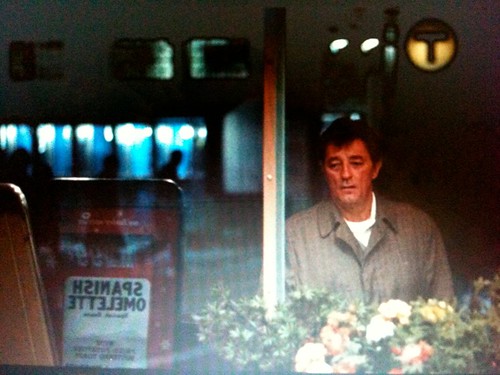 Here’s an interior shot of the same restaurant, with the cafeteria line in the back. The reflection in the window from the subway stop says, “MTA All Points” – like Charlie on the MTA! 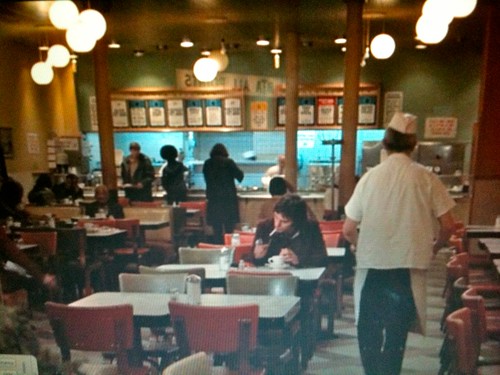 One location that appered a lot in the movie is this corner bar- I love the barstools like diner counterstools and the gigantic fan in the back corner. I bet there were still many of these neighborhood joints still around in 1973- does this look familiar to anyone? Someone on the IMDB message board for the movie says it was on the corner of Newbury and Mass Ave, where Tower Records used to be. 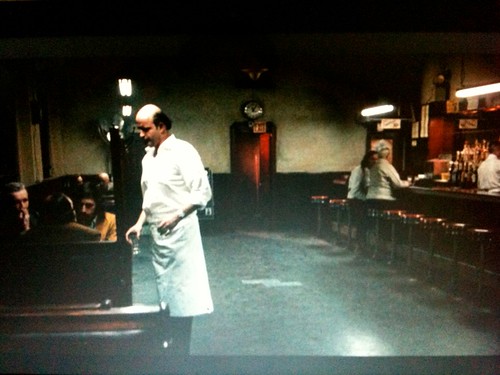 (and if anyone is wondering, that’s actor Peter Boyle’s glowing pate)

Moving out to the suburbs, Dedham was featured prominently in the movie, and one of the major bank robberies was filmed at the bank my Grandmother used to go to. The scene that got me all in a tiz however was the one shot at the Dedham Plaza shopping center on Route 1. Not only did I work there during college but we used to walk down there too, when we were bored from playing on the piazza at Grammies’ or didn’t want to rest on the divan (two words I only use when referring to her house, so old fashioned) 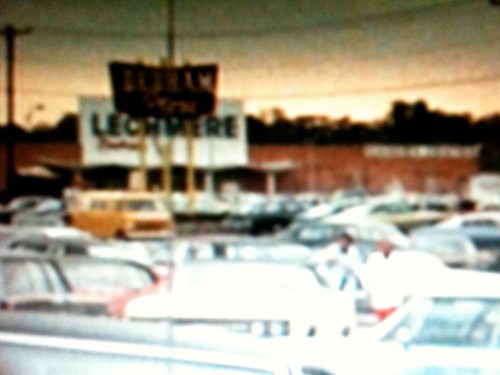 l know this is fuzzy, but check it out – it’s Lechmere! I remember hearing Bette Middler’s version of Boogie Woogie Bugle Boy on the car radio when sitting in that parking lot when I was a kid and thinking it was the coolest song ever- what random things your brain remembers, huh?

I told my mother about watching the movie and she said that Barbo’s had been there for years. I know it wasn’t there when I worked at the plaza, but am drawing a blank at what it became. Perhaps it was cut up into little shops. But that Friendly’s was still there, I used to go get ice cream sometimes on my break from Pier 1. 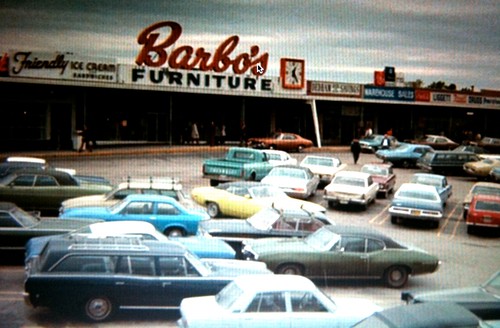 That Rexall was still there when I worked there and if you watch the movie there’s a panning shot where you can see the Woolworths there too. Just look at all those cool old cars! I just took a quick look to see if I could see Gram’s white Ford Falcon, but she must not have been shopping that day. 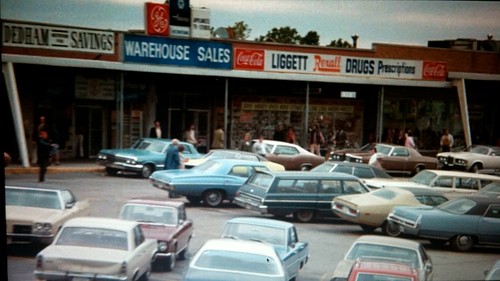 Speaking of shopping, I love how they used a real shopping bag from the local Stop & Shop grocery store to hide the contraband weapons in. Funny how I saw that logo go by in a split second and I knew exactly what store it was from. Now that’s the lasting impact of design, right there. 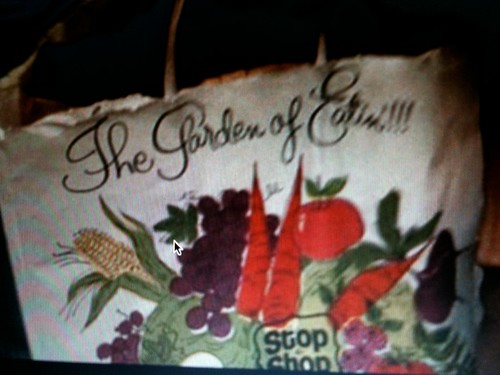 There are plenty of other Boston views in the movie- Government Center and City Hall Plaza which were only 3-4 years old at that point, a hockey game with Bobby Orr at the Gaaaaahden and other places that may hold special meaning for you if you’re from the area. Heck, even seeing the skyline with the Hancock tower under construction is a hoot.

I don’t want to give too much of the story away, but this location definitely has a lasting impact. 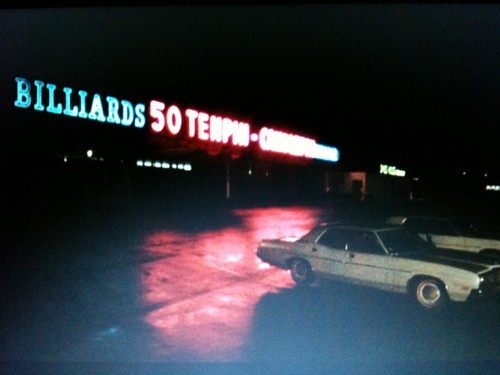 Is this the bowling alley in Dorchester near where the Neponset Drive In used to be? There I am talking like a Bostonian, giving directions based on places that aren’t there anymore!

Stay tuned for part 2- What Diner Is That in the Movie?

Or if you can’t wait, you can rent The Friends of Eddie Coyle from Netflix like I did!