There’s still time to sign up for the Society of Commercial Archeology‘s South Jersey Diner (and more) tour on Saturday September 17! 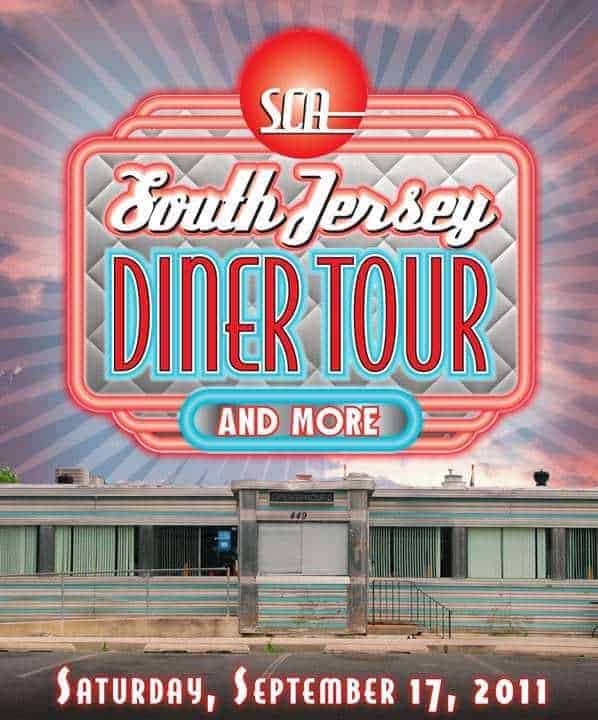 o Journey parts of U.S. Route 130 – before I-295 and the New Jersey Turnpike, there was only Route 130, serving early suburbanites and East Coast travelers, a roadscape that has been accumulating since the 1920s

o Ride U.S. Route 40 in the footsteps of George R. Stewart through the garden part of the Garden State

o Breakfast at the fabulous Elgin Diner, a pristine Kullman from 1958

o Dessert at its near double, the 1958 Deepwater Diner

o Confront the mesmerizing stare of a roadside tire giants

o Spin about the Airport Circle, the very first in a breed of interchanges new for 1927

Hosted by SCA member Kevin Patrick – Professor of geography and regional planning at Indiana University of Pennsylvania and author of Diners of Pennsylvania (with Brian Butko and Kyle R. Weaver), Pennsylvania Caves and Other Rocky Roadside Wonders, and the forthcoming Diners of New Jersey.

We had great fun sharing the Retro Roadmap booth with Kevin at Blobfest this summer and this tour sounds just great! Click here for more info on the 2011 SCA South Jersey Diner Tour, but hurry- there are only a few seats left!