Not sure what the weather is like where you are, but we’ve got snow-a-fallin here outside of Retro Roadmap HQ, so instead of going out on the roads, I’m looking backward down memory lane via my own photo collection.I figured I’d go back as far as I could in my own collection and start with Paragon Park, circa 1984.

Growing up, Paragon Park, a small amusement park in Hull MA just across from Nantasket Beach was my idea of the ultimate place to go, and we’d hopefully go there once a summer if we were lucky. 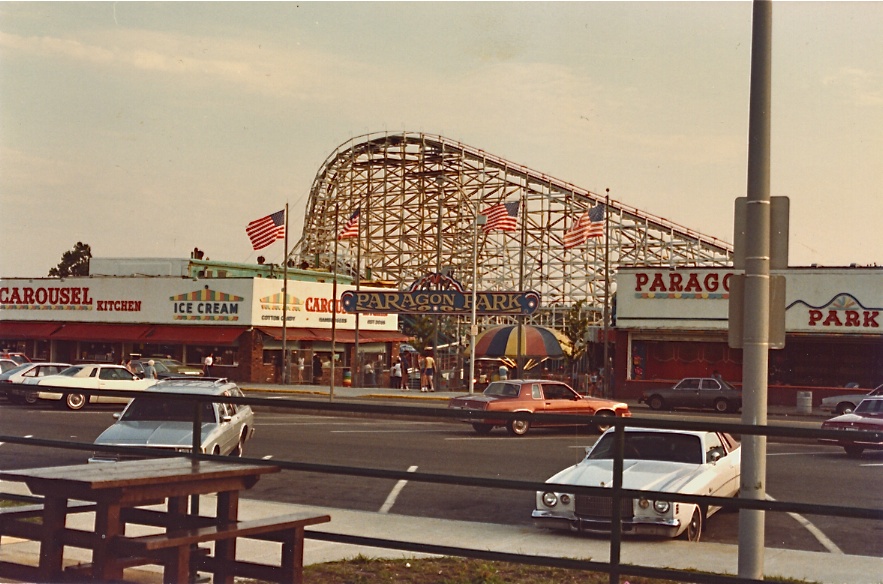 While my mother caught up with her pal Betty, whom she hadn’t seen in years, and my sisters made new friends with Betty’s daughters I roamed around and snapped random photos with my new 35mm camera. 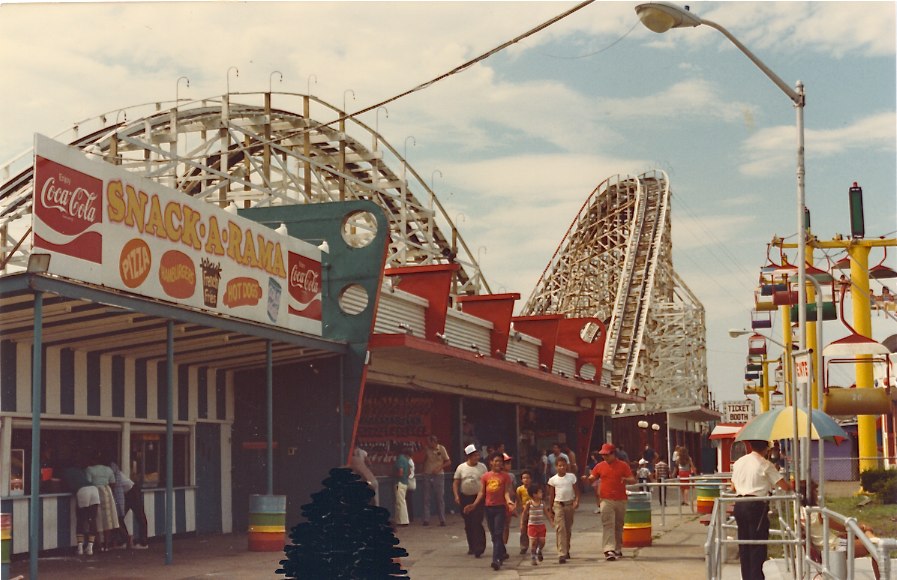 Still learning how to compose a photograph, I think back and realize that my penchant for photos without people in them was in force then, and I went as far as to scribble out the lady who was in the foreground of this photo of the Snack-a-rama. I’m so glad I caught the Art Deco lines and colors, as well as a bit of the ski lift ride as well! 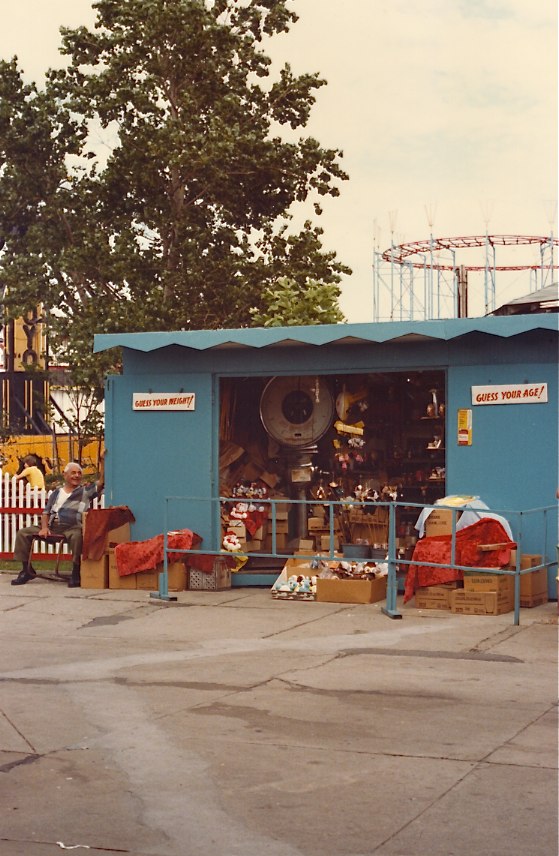 I have always been a fraidy cat about going on roller coasters, and I remember my mother telling me that when she was a kid she made my grandfather take her on the giant coaster, and it was the first and last coaster ride she’s been on! I thought it was pretty cool that the Paragon Giant Coaster was on the list of the Smithsonian’s Top Ten Coasters list. 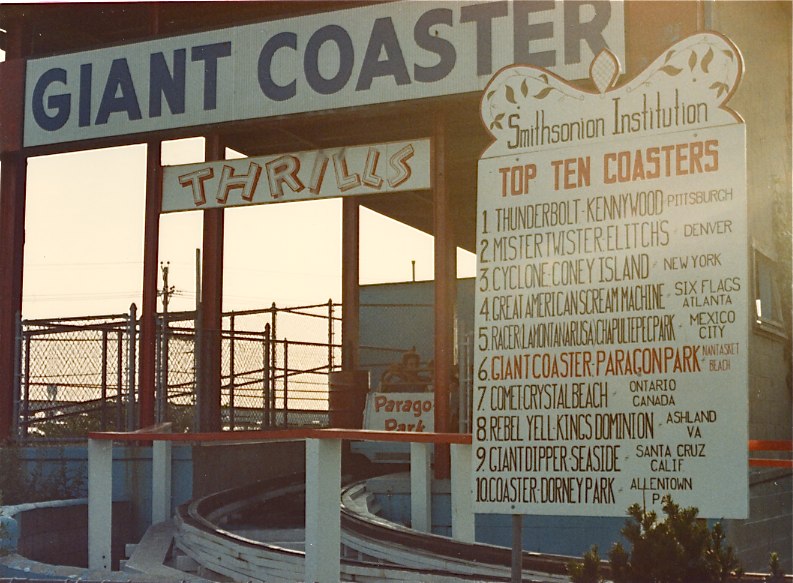 I remember thinking that day that I would come back and photograph the place right, and get some good shots as there were rumors that the park would close after the next season.

Well friends, you never know what’s going to happen because the park never reopened the following season, and when I returned in the summer of 1985 I was greeted with this sad sign: 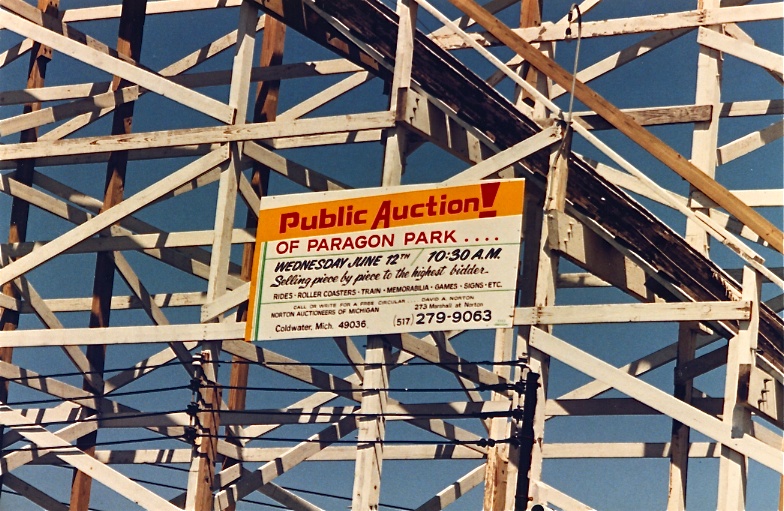 Not only had Paragon Park been permanently shuttered, but I had even missed the public auction of all of the goods from the place. I do recall later that year being able to pick up a trinket or two at Building #19, a local salvage and odd lot shop, but even now the sight of this sign makes me kick myself. 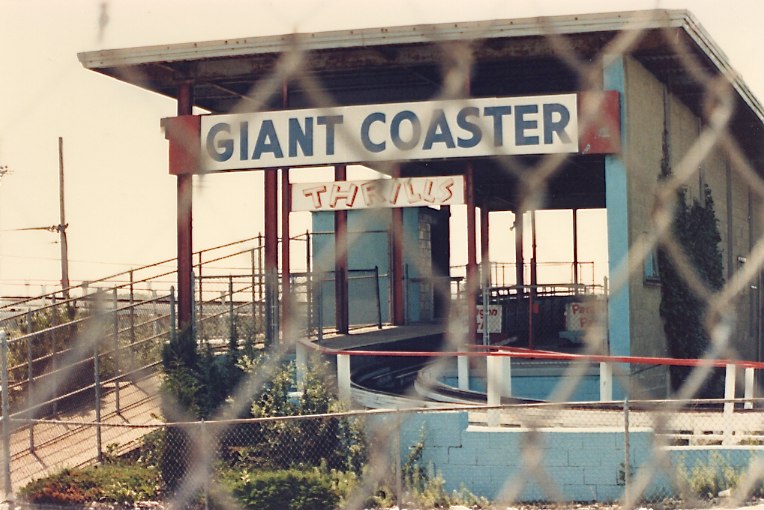 I circled the site, which seemed so big when I was a kid, and realized how small it was, surrounded by chain link fencing now. 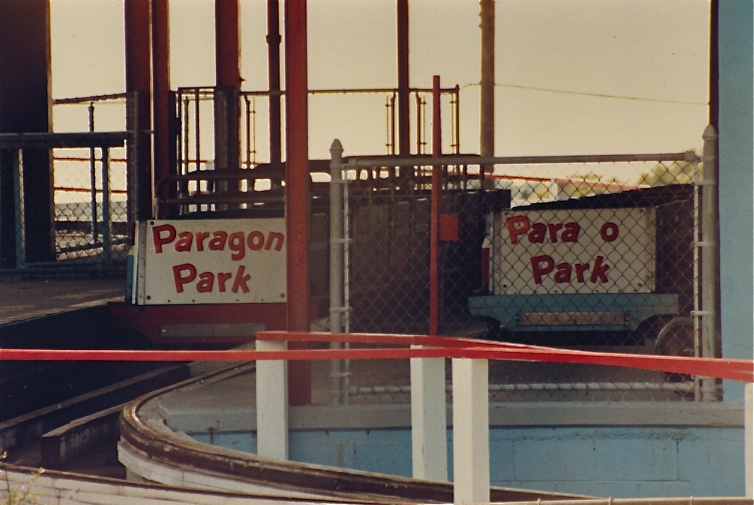 The Giant Coaster sat silent, and the undulating tracks looked like the skeleton of a dinosaur carcass, being slowly dismantled and eaten away at by the vultures that couldn’t wait to turn the site into a condominium complex. 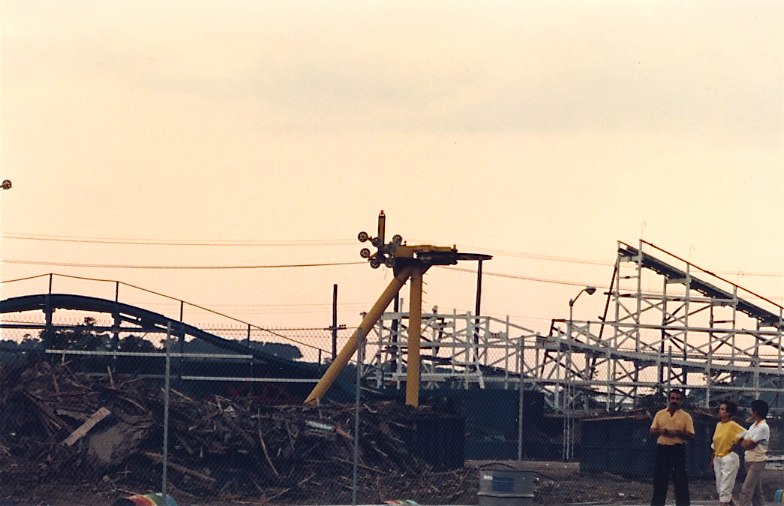 All I was left with – besides a footprint on my backside for not taking more, better photos, when I did have the time, were my memories of having an all day pass – discounted by collecting match book covers – stapled to my shirt hem and spending the day riding the kiddie cars, the Congo Cruise, the merry go round and more, playing skee ball in the arcade and eating ice cream on a hot summer day. 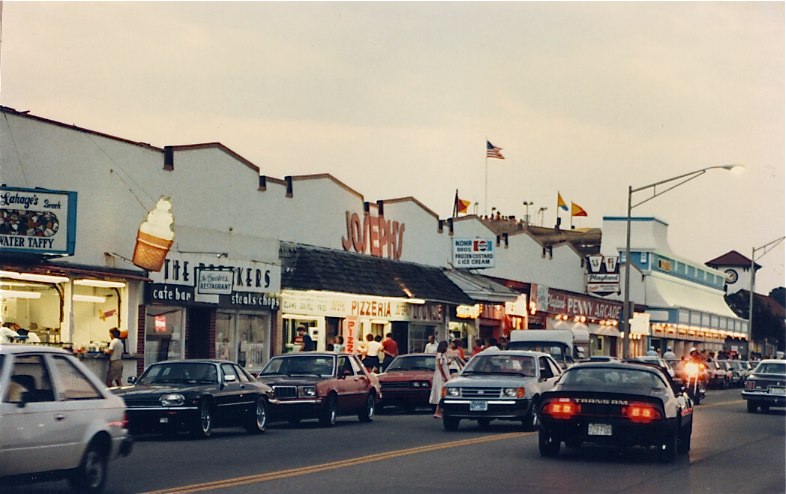 I still visit Nantasket when I can, thumbing my nose at the condos and visiting the carousel (PTC #85) that they saved and moved down the street. But it’s not the same. So folks, remember – tomorrow never knows – if there’s someplace or something you like – go there now, enjoy it, take photos, and do what you can to make sure it sticks around, because some day it might not be there anymore!