In a town where reinvention is the norm, Corky’s is king. The long running coffee shop has undergone several facelifts (and name changes) over the years. But hey, who in Hollywood hasn’t had a little work done? 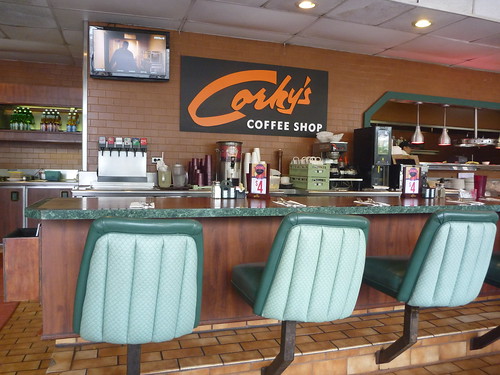 The joint originally opened in 1958 as Stanley Burke’s Coffee Shop and later became the ultra-popular Lamplighter.

If the exterior of the place looks familiar, it should. Corky’s was designed by the famous 1950’s architects Arnett & Davis, the team behind the iconic Original Bob’s Big Boy in Toluca Lake, CA.

And even with the renovations over the years, the interior and exterior have kept their Googie characteristics that helps it remain the epitome of retro cool. 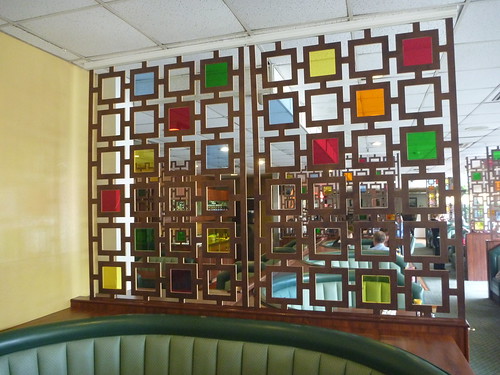 Corky’s features an outdoor patio to enjoy the al fresco sights and sounds of lovely Van Nuys Blvd – but don’t do that unless bus fumes and industrial splendor is your thing. Instead just plop yourself down in one of their spacious booths and let the lush green leather engulf you. Gaze into the Rubik’s cube like lattice work and know all is right in the world 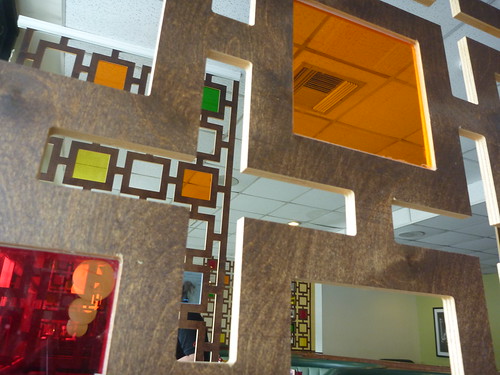 The menu at Corky’s is vast, but not overwhelming. Stick with the classic Coffee shop choices: sandwiches, salads and breakfast. All are fresh and delicious. 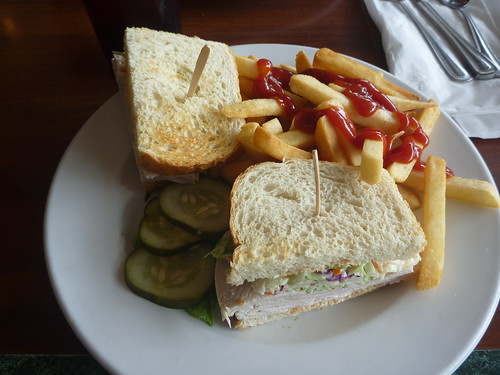 On my recent visit, I had the TROUSDALE sandwich. (KV for a minute there I thought you said Troutdale sandwich, and thought they may have an inside connection to that fishing hole you wrote about 😉 Mod B) Your basic turkey, Swiss and Russian dressing served sky high with coleslaw on the sandwich. Served with the perfect side of fresh diner style fries. My pal Howard had the grilled chicken salad that was extra heavy on the chicken. 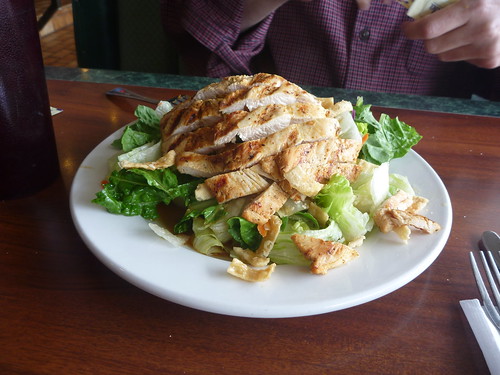 Not hungry? That’s okay, the place also features a delightfully dark lounge known as “The Cork Lounge.” While I have no true proof, I’m pretty sure that the “Regal Beagle” set from the seventies sitcom “Three’s Company” may have been inspired by this section of Corky’s. 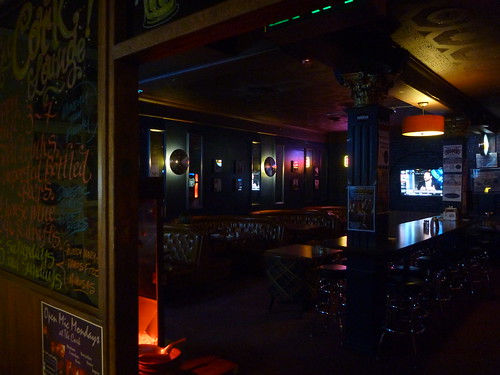 The bar also has a separate entrance for those who wish to slip in and out unnoticed. They also have a large banquet room in the back complete with a giant stone fireplace. Perfect for your retro wedding or throwback prom.

Corky’s is a survivor and in this town that’s a great thing. Hollywood has demolished a lot of great diners (hello, Ship’s) and is trying to bulldoze others (yes, Norm’s), so it’s nice to see this old school gem still shining.