May 2018 Update: Sad to report that Balich’s will be closing within the next few weeks, as owner Joe Balich is looking to retire, according to this Facebook post. Get there while you can, there are discounts to be had, and please tell Joe he did a good job, and to enjoy his retirement!

It’s always Five and Dime time here at Retro Roadmap, so when I recalled that there might be a 5 & 10 still in Arlington MA, I used the power of social media to contact an pal of mine from college radio days to do some sleuthing for me. He lives in Arlington and scoped out Balich 5 & 10 for me this summer, sending this awesome photo. Thanks David Sibel, for the sleuthing and the photos below! 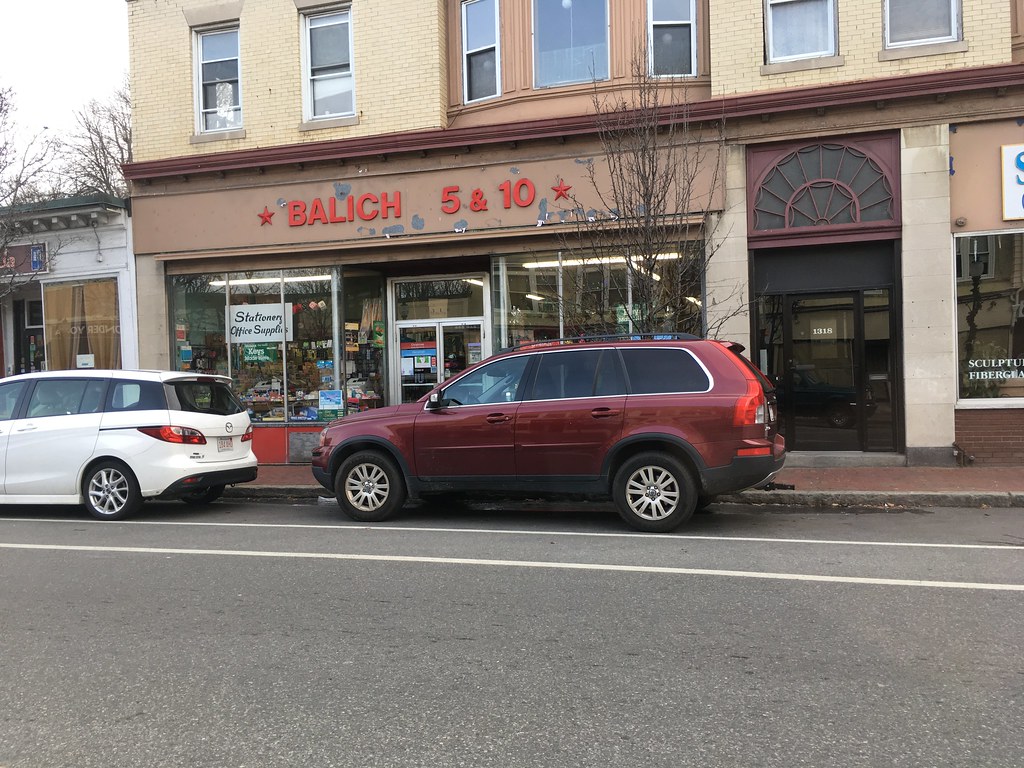 Since it is the holidays I thought this was the best time to put Balich’s on the map, so those of you in the Bay State or visiting it can know where to pick up inexpensive stocking stuffers, hardware in a pinch, thread, little gifts, housewares, toys, cookie tins, and the like.

As the song goes…  “It’s beginning to look a lot like Christmas…take a Look at the Five and Ten, Glistening once again….” 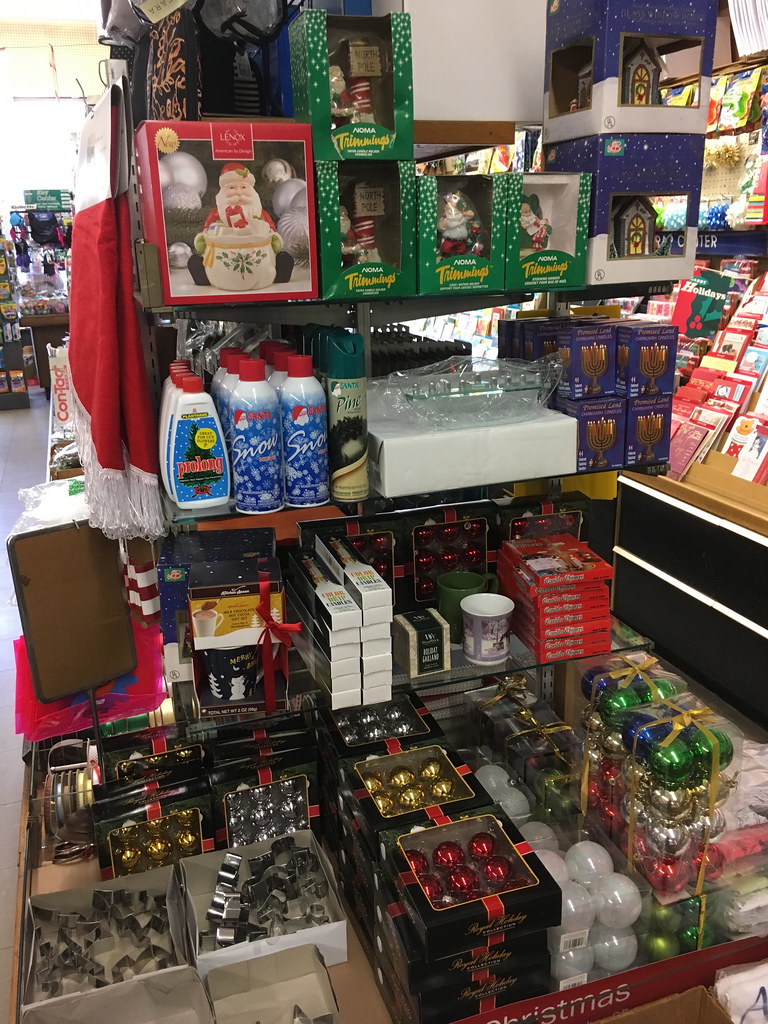 Opened as a five and ten in 1954, the Balich family took over the store in 1972. Joe Balich currently owns it and was kind enough to pose for a photo for David.

Hey Joe! Thanks for keeping the 5 & 10 tradition alive in Massachusetts! 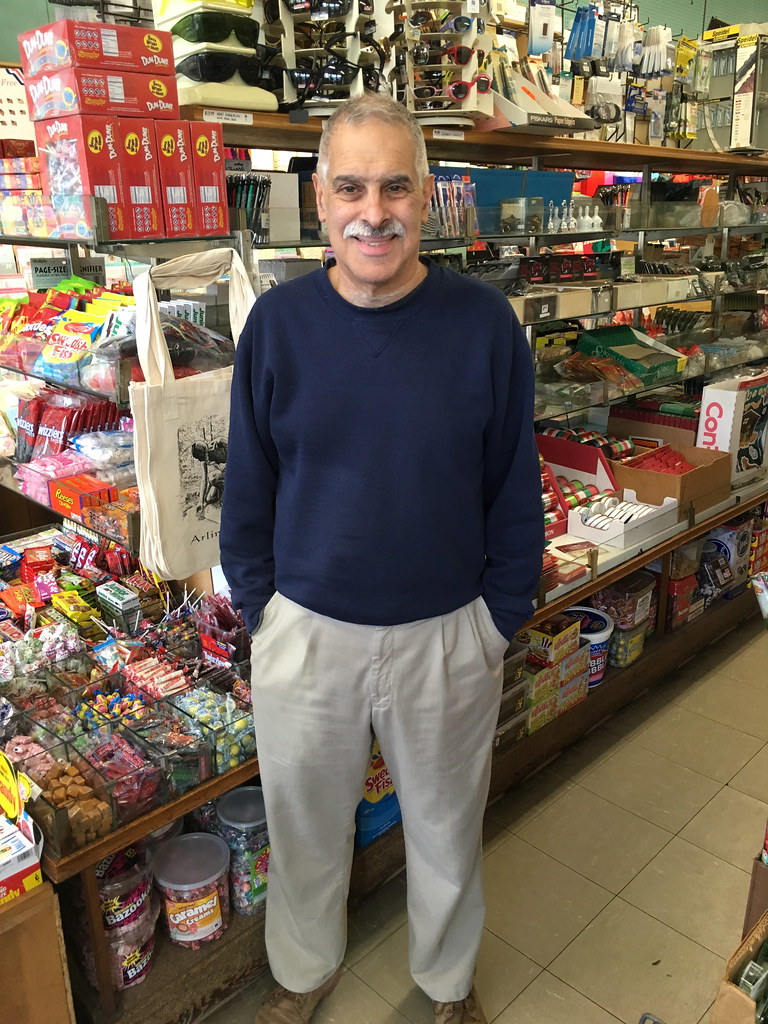 The store is filled with so many fun and useful items in it that the mind boggles! And not just holiday stuff, but handy items year ’round.

Here are just a few faves selected by Mod Betty:

Ribbon candy to doll up your candy dish during the holidays! 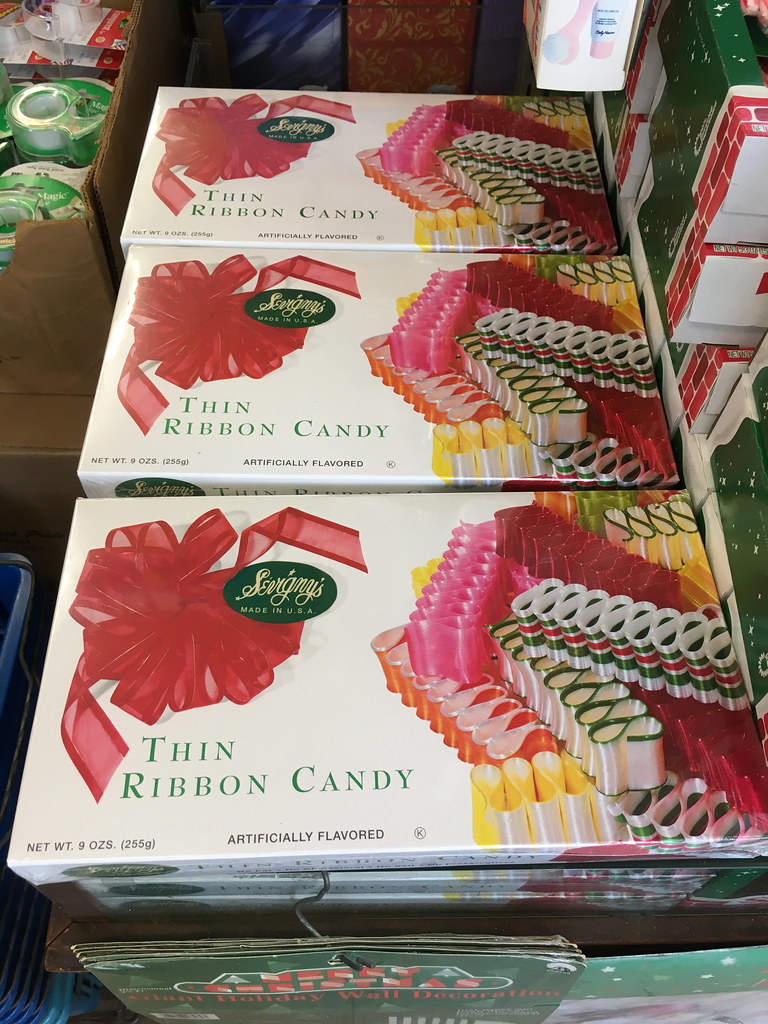 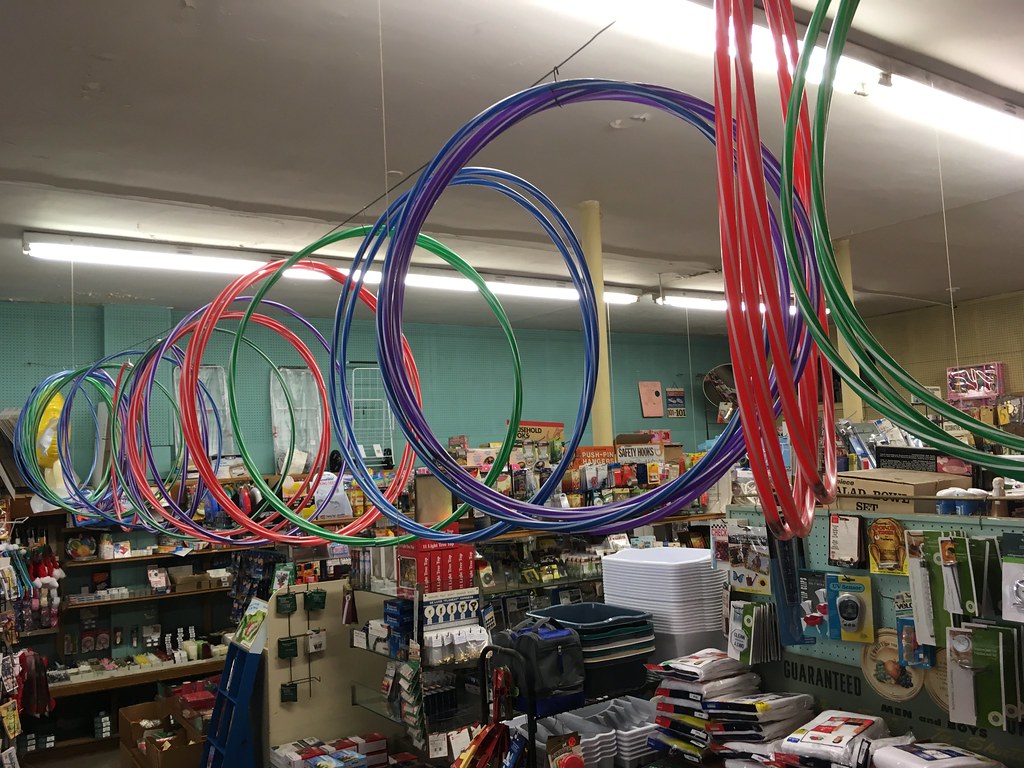 OMG I love this handy clear vinyl on rolls – perfect for protecting your vintage holiday tablecloths from sloppy guests, and “granny the place up” as Retro Roadhusband kids.

I’m sure some Etsy-er could rock something hip out of that gingham check oilcloth too. 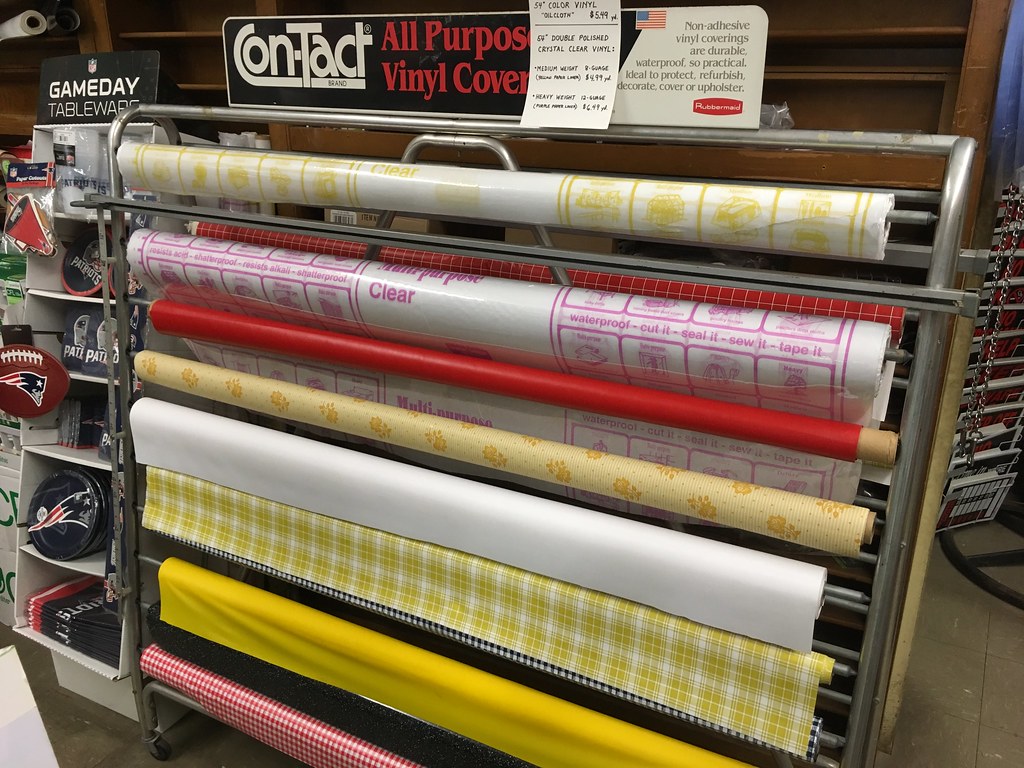 Speaking of hip crafts, there’s yarn by the skein! (Did you know that is also the name of the formation of migratory birds, when they fly in a V? Now you do!) 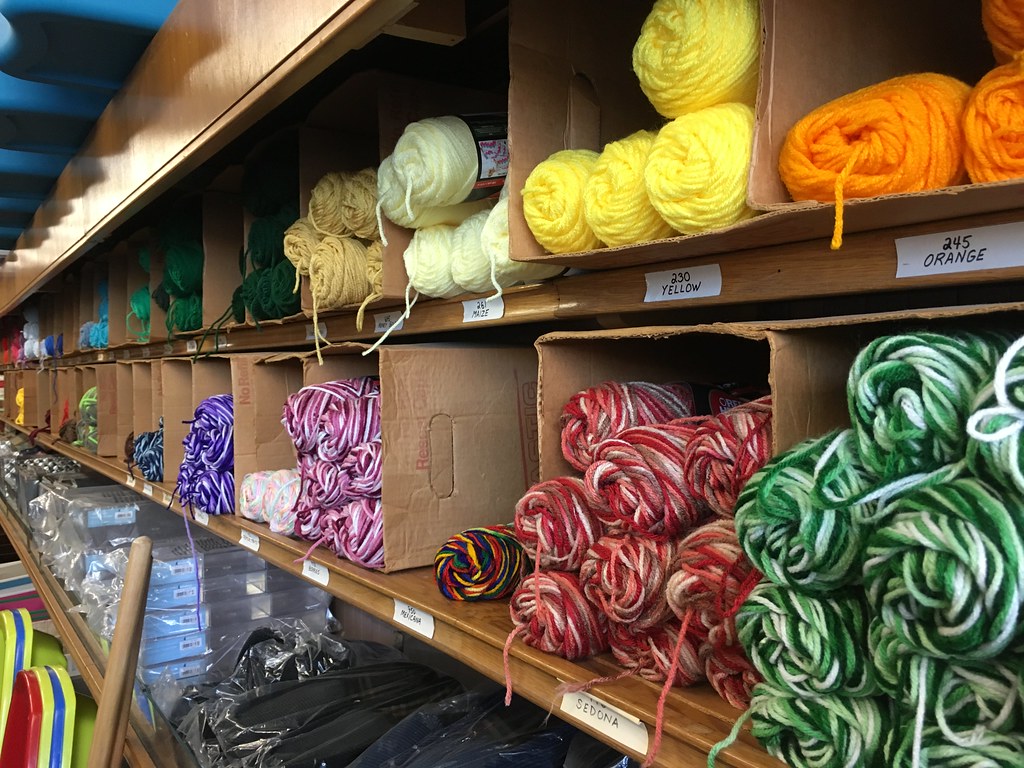 An officially sanctioned corn cob pipe for your snowman, I’m sure there are buttons for his nose in the notions department. You need two eyes made out of coal? Maybe there’s a bag of briquettes around here somewhere… 😉 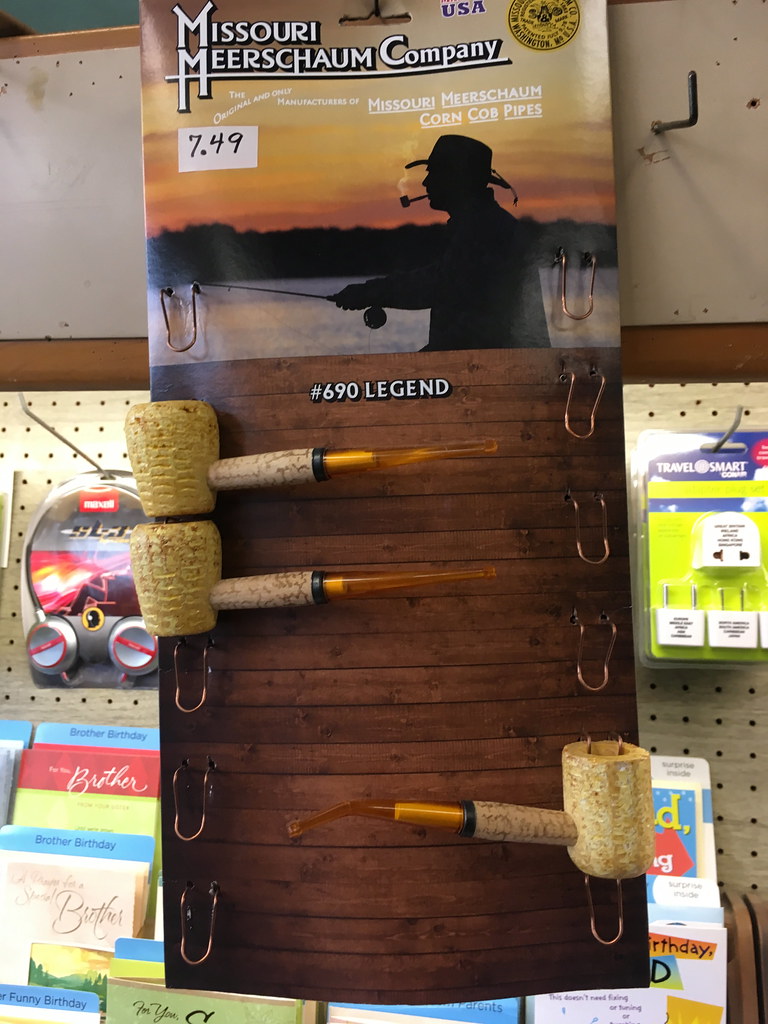 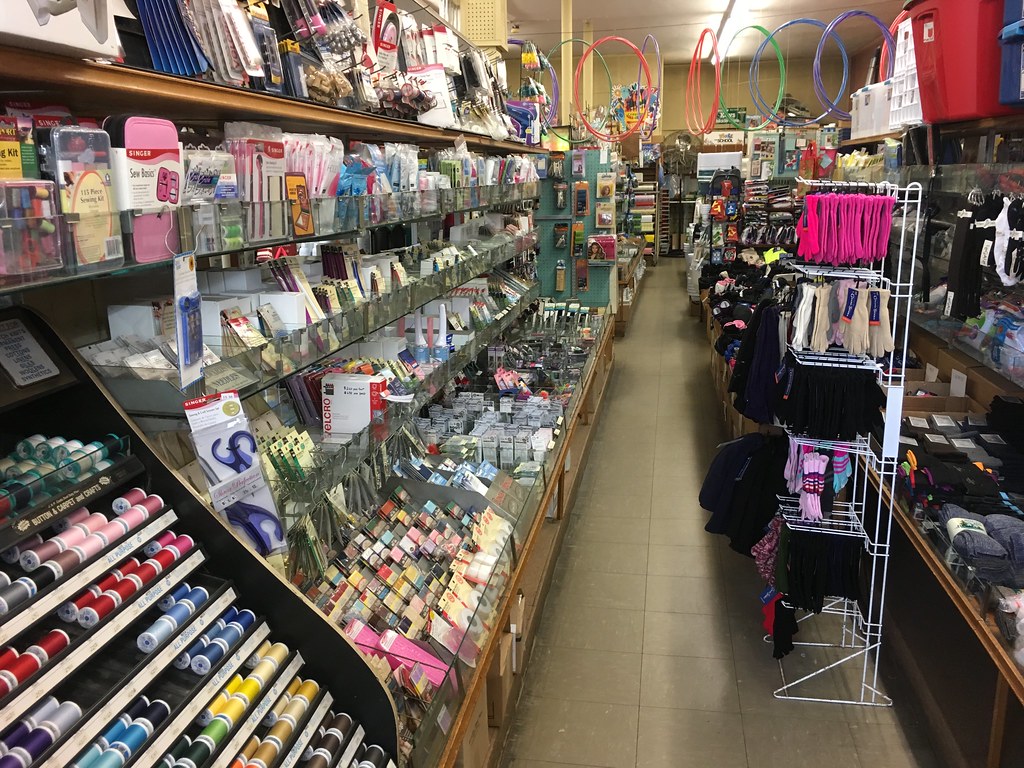 I spy Featherstone flamingos roosting on a top shelf. Mod Betty’s fave bird. Oh, and the ever popular whoopee cushion makes an appearance, much to the delight of everyone’s inner 9-year old. 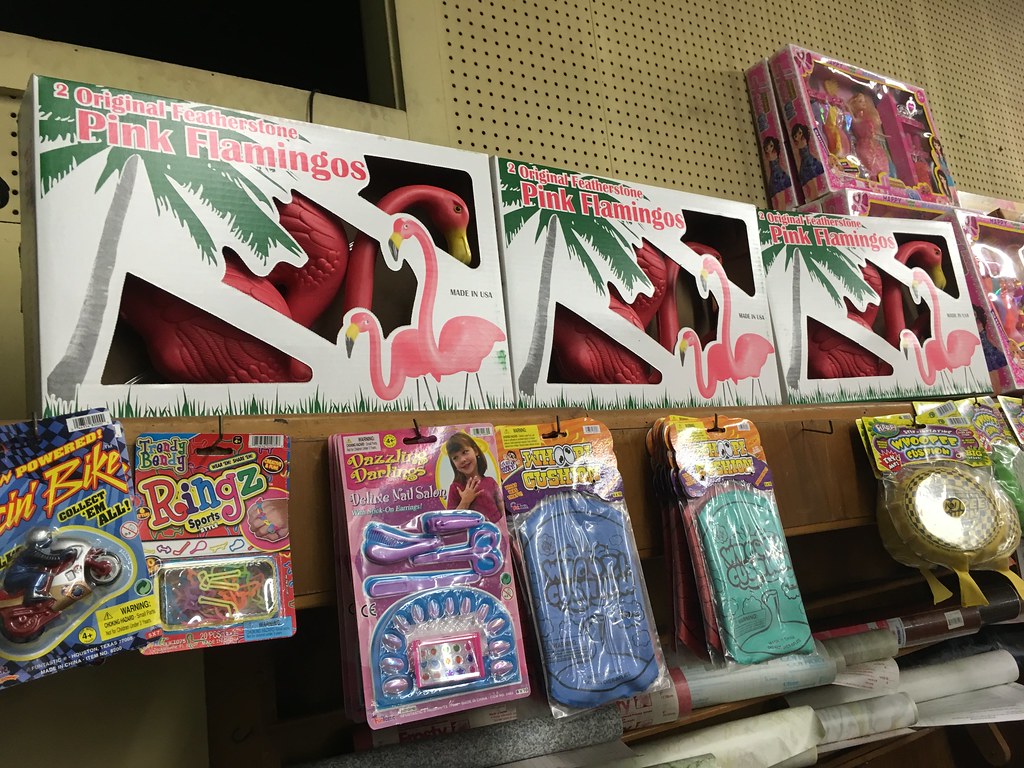 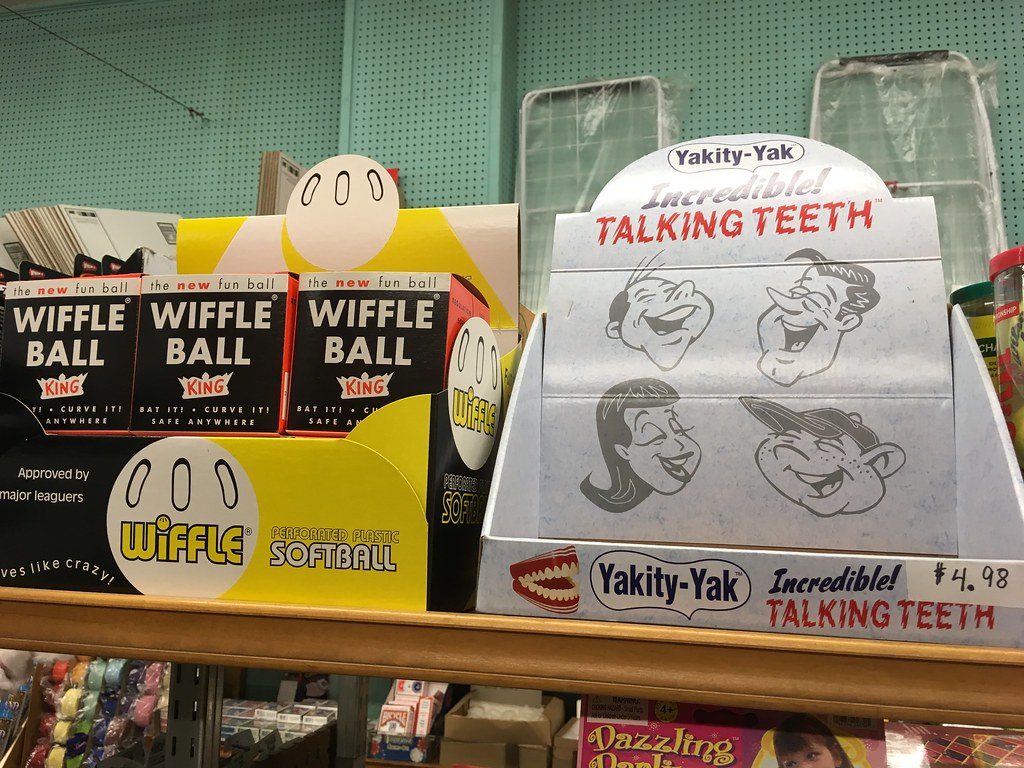 And the best thing? You can have so much fun without spending a ton!