And then one day, you don’t expect it but – they’re gone. You just saw them last week, business as usual, a bit of small-talk, and then you were both off to do your own things. This is how it had been for years. But this time, you go to visit and, mysteriously they’re gone. A note, scrawled dramatically in red pencil on the back of a white paper placemat, is all they wrote before they vanished. 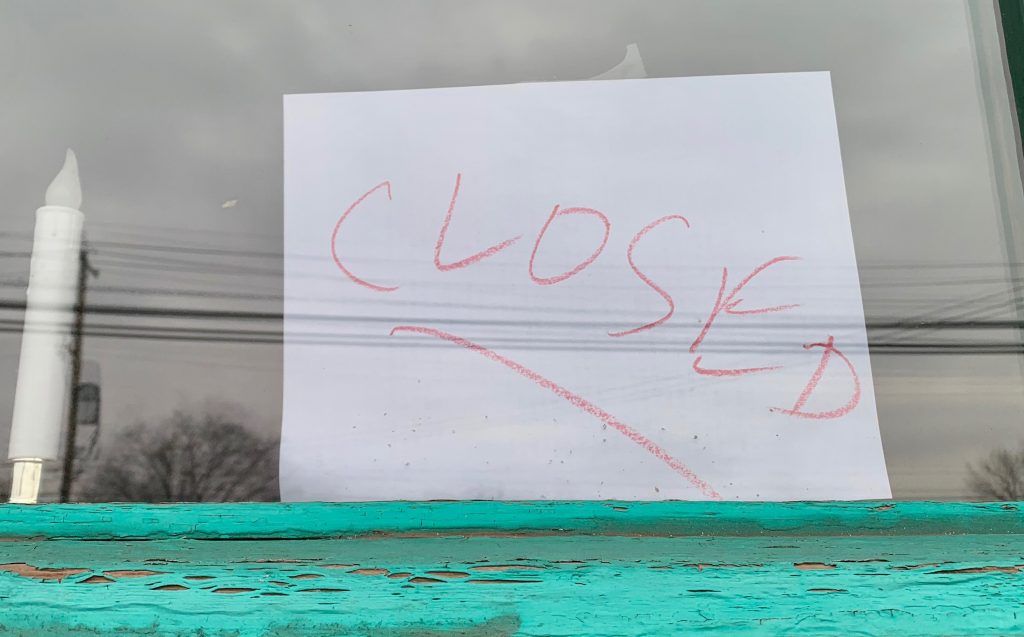 Yes, Retro Roadmappers, it’s true. The Fisherman has closed I have been frankly avoiding posting this message on the off-hand chance it was some misunderstanding on my part. That they’d return, back to the routine, and all would be normal again.

But not this time. Other friends of the deceased chimed in with their bits of knowledge of their last few days. They were tired, it was time, they had been there for so long. I get it. I get all of it. But still that doesn’t mean that it doesn’t hurt.

I often say that being a fan of old vintage places is like being friends with an old person. They’ve been around a lot longer than you have, and while they have been doing the same thing for so long, maybe they want to do something different. Neither of you wants to discuss the elephant in the room, in that the elder won’t be around forever. That they’re the end of the family line, that there will be no one doing this after they’re gone. So you make pleasant chitchat, try to find the good in the bad, and enjoy what little time you have together. 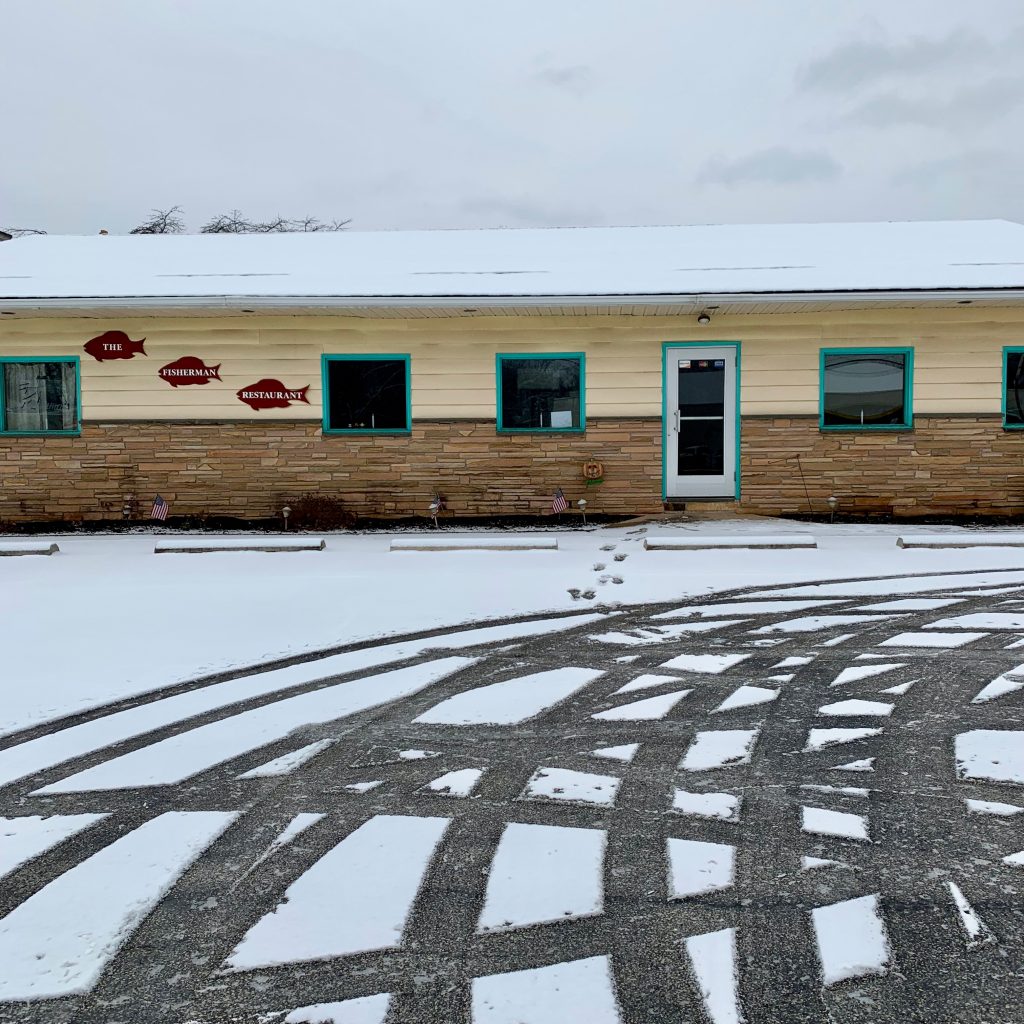 But there’s a bit of mourning that rightly does happen, when that final day occurs. Not just for the place of course. As we know, nothing lasts forever, and there had been signs. They were tired, it was time. But its also a mourning for the type of world they represented. The world where someone who had a dream about opening a restaurant, constructing it by hand, and with the help of his family could make a go of it. The world that wasn’t filled with chain stores coast to coast, where each city and town had its own personality because the restaurants and shops were different from the next town over.

It is also a lament for the world that we’re living in now. Once the old is gone it is replaced by new. New but not necessarily better. A franchise perhaps, that if you follow the rules in the handbook from the home office in Peoria, people will have the same experience here as they do at the franchise in Idaho. And that is supposed to be a good thing. A world in which you can look out of your car window and not know what city or town or state you are in, because the signs are all the same. The places are all the same. And what’s the fun in that?

So yes, dear Roadmappers. Mod Betty gets it, and understands it. But that doesn’t mean it doesn’t hurt, and she’s not saddened by it. 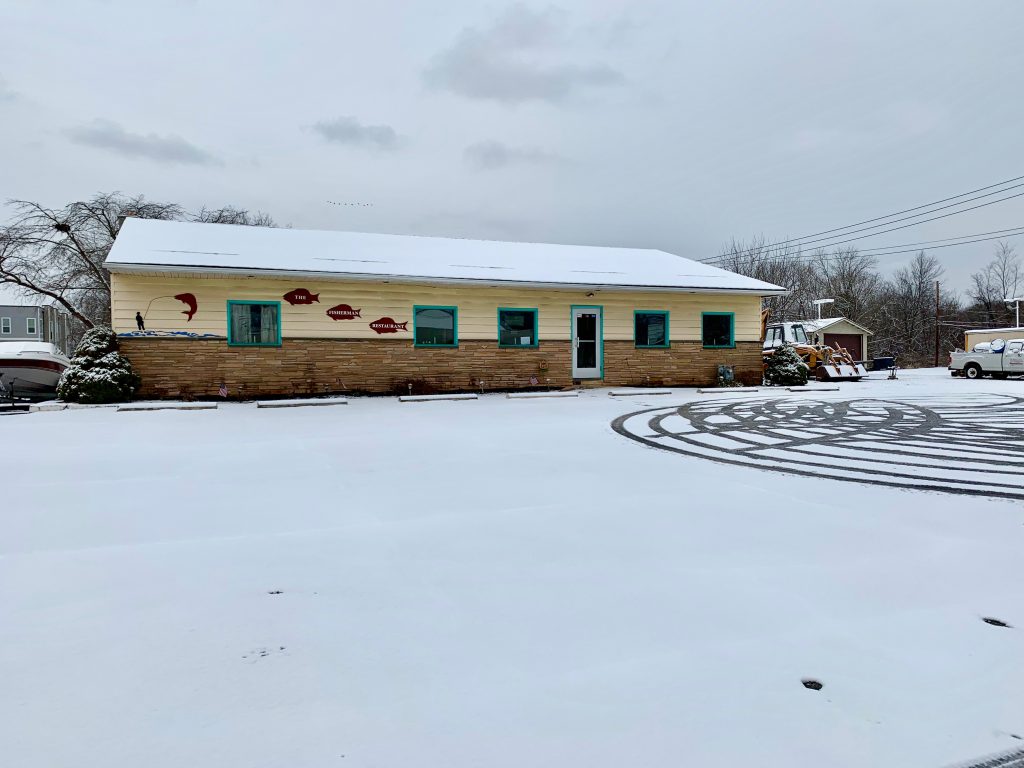 So, now that they’re gone, but I’m still here – what am I going to do? I’m going to keep on going. Yes, every place that I discover and share may close. And it will be a bummer, for all of us, for the world.

But at least, at the end of the day – my days, honestly, and maybe yours too – we can say we helped them, and ourselves while they were here.

We visited and shared our delight in their existence. We ordered the food, and put a few dollars in their pockets. We told friends about the place, and those friends visited, and shared their delight – not only with the places, but with their friends on social media, who got to see how great this place was. We Retro Roadmappers “saw” the Fisherman, and see the older, hidden in plain sight places that other people just drive by. We shared our thrill of discovery, and appreciation for what they were, with them and did our best to let them know, before they left, that they were doing a good job. That we were grateful they were still here, and visiting them made our lives better. 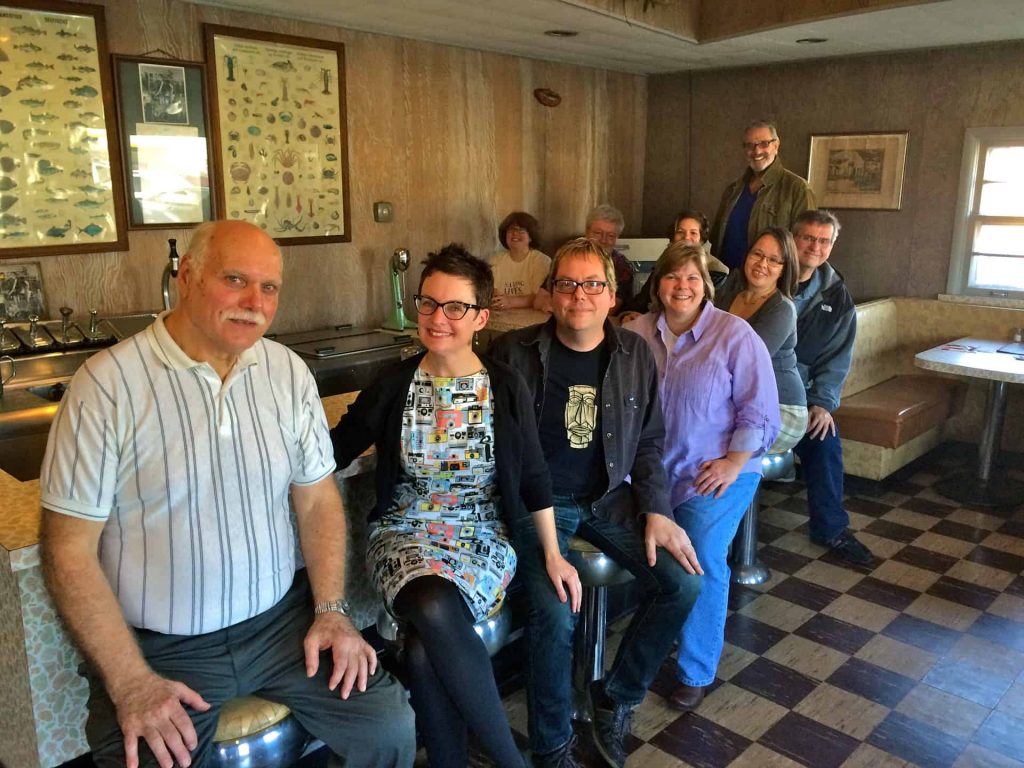 Because we know how generic and predictable the world will become (is becoming) without places like The Fisherman, and that by us visiting we celebrate their uniqueness, and rebel against that corporate conformity.

That with us spending our dollars here and not at one of the chains rushing into town, that we’re literally investing in the type of place that we want to survive.

And even if they don’t survive, at the end of the day we know we did our part. We didn’t just sit back on our couches and hit LIKE on social media, and let everyone else do the work. We actually got up and went to the place, spent our time, our money, our energy there. So even though they closed, we know we did our best to be part of the solution, and not the problem.

That’s what Retro Roadmap is all about. I often say that The Fisherman was one of those places that made me start Retro Roadmap because it was so awesome, and I knew there were people out there who would feel the same way, if only they knew about it. So I took it upon myself to become that megaphone – waving my arms excitedly and yelling “hey guys! check this place out, I think it’s pretty swell and I think you will too!” to get people to go to these places. And they do.

Retro Roadmappers are the people who go to these places and share the love, even though – or because – we know that they won’t be around forever.

So as long as there are cool vintage places out there, and Retro Roadmappers who want to go to there, I’ll be here, in the middle – the synapse – happily connecting them.

(Updated to PS – I realize there are some grammatical errors etc in the above post, but I wrote it in the heat of the moment and feel like if I start editing it that it will lose some of that energy. I’m sure you get what I was saying even if my pronouns don’t line up properly :-))