A classic diner open since 1947

The Bendix is one of the most recognizable diners in New Jersey, even if it is a bit challenging to get to (and photograph!) on its triangular plot between north and southbound Route 17. 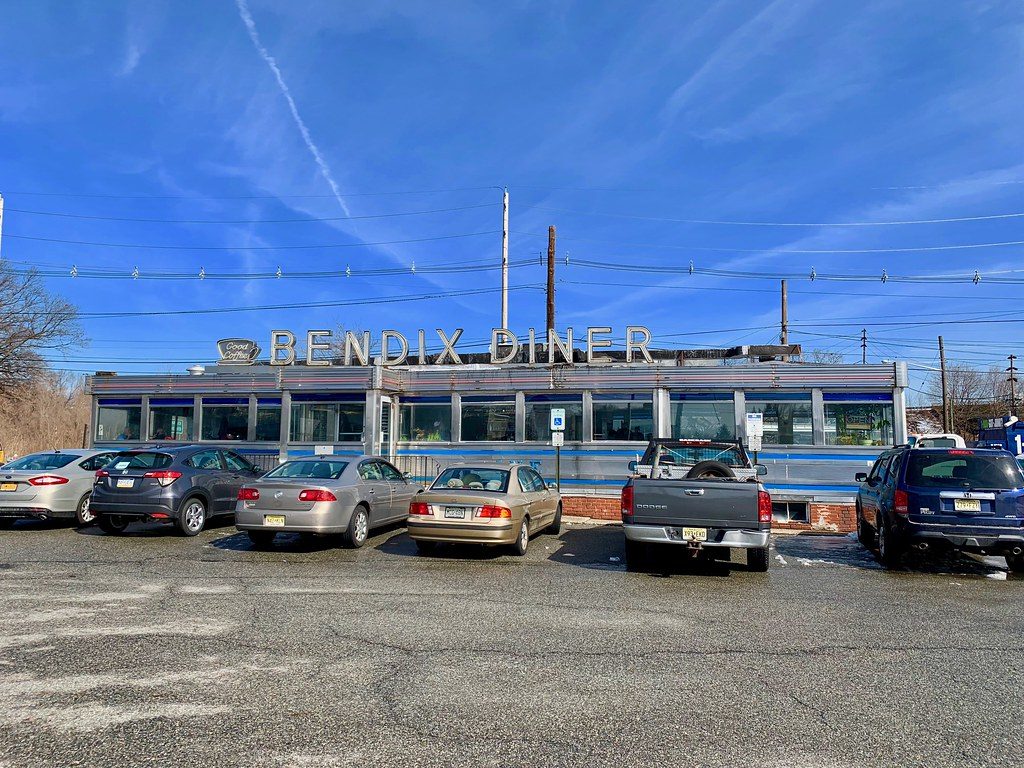 Opened in 1947 and built by the Master diner company, this stainless steel eatery has been owned for decades by the Diakakis family. Why Bendix? For a short time the borough of Teterboro was renamed for inventor Victor Bendix, who opened an aircraft parts factory here. They switched the borough back to Teterboro, but the Bendix name remains - hopefully forever - in neon atop this classic diner. 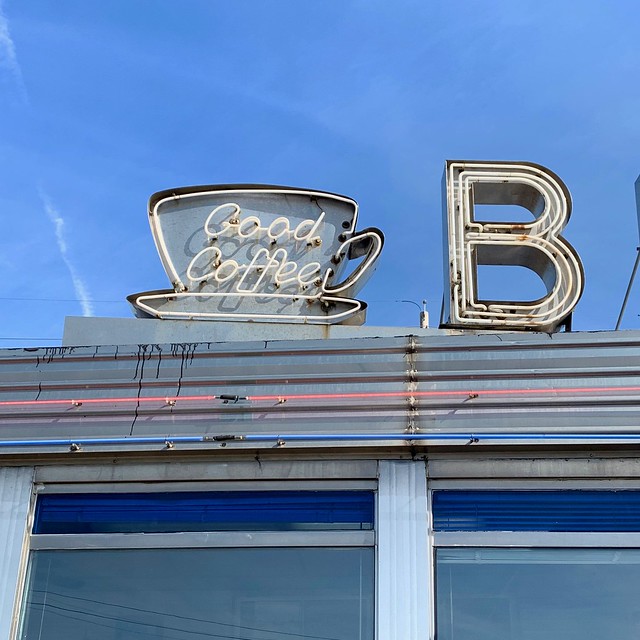 The Bendix is a local landmark serving up traditional diner fare all week and 24 hours on the Friday and Saturday (24/2 ?) making it a haven for truckers and weekend nightbirds alike.
Whether you sit at the counter, in a booth or in their side dining room, breakfast is a solid choice, made on the griddle in the front of the house, like all old diners once did. Remember that Taylor ham is the preferred breakfast meat in this part of the woods, and don’t be surprised when you see notches in the circular slices. This trick keeps the meat from curling while it’s on the hot griddle! 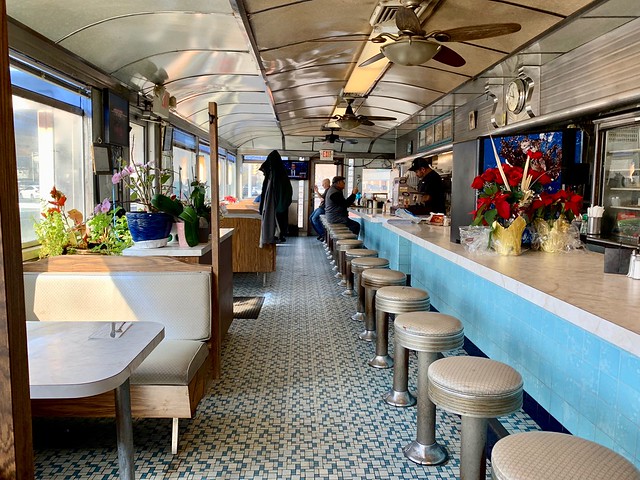 Recently the diner has gotten some recognition not only for their diner, but for the fact that John Diakakis works as a waiter - even though he is legally blind. The longevity of this 1940s restaurant and John’s determination should be an inspiration to us all!

Many commercials and movies have been filmed here - be on the lookout!

Mod Betty digs that neon coffee cup, and she doesn’t even drink coffee!

Psst - if you drive north on 17 a mile you’ll see an awesome vintage Carvel sign - at night it flashes!