If you’ve just visited Valley Forge National Park you may still be in the Colonial-era headspace, so why not continue in that vein by breakfast/lunching at the G Lodge? The inside of this unassuming roadside eatery (attached to an auto repair shop) echoes the log cabin structures of adjacent national park...just not as drafty. 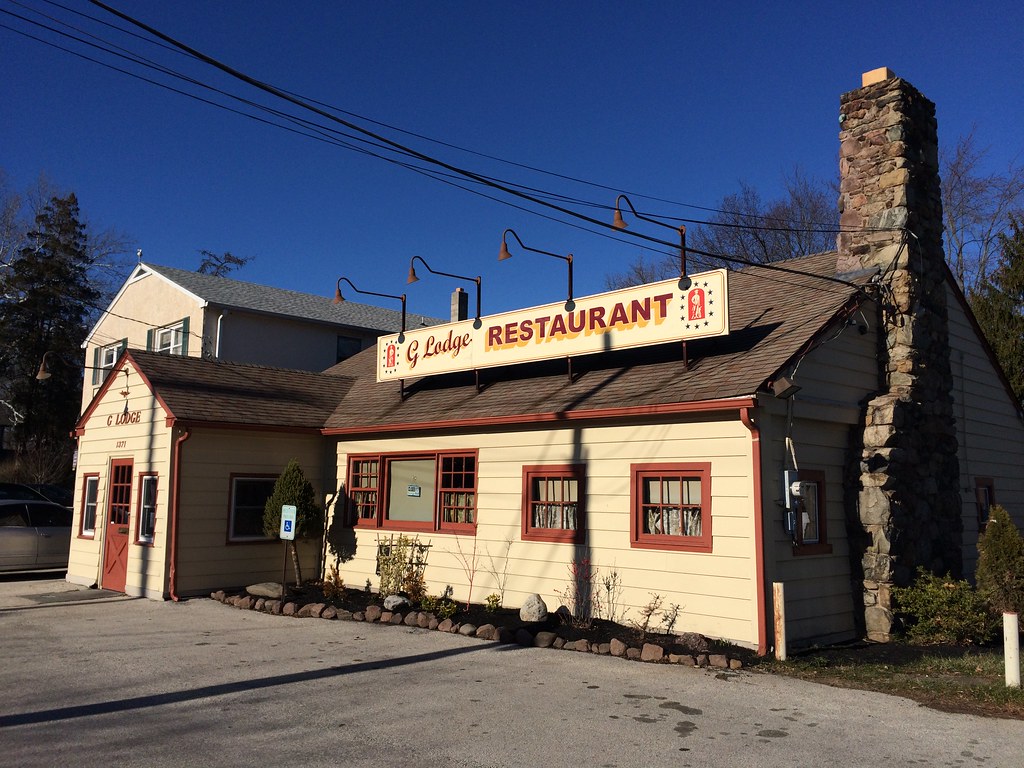 Originally opened in 1928 by the Bill Gordon (hence the G in “G” Lodge) this little luncheonette has been owned for 30+ years by the Dreibelbis family, who promised not to change the name when they took ownership. 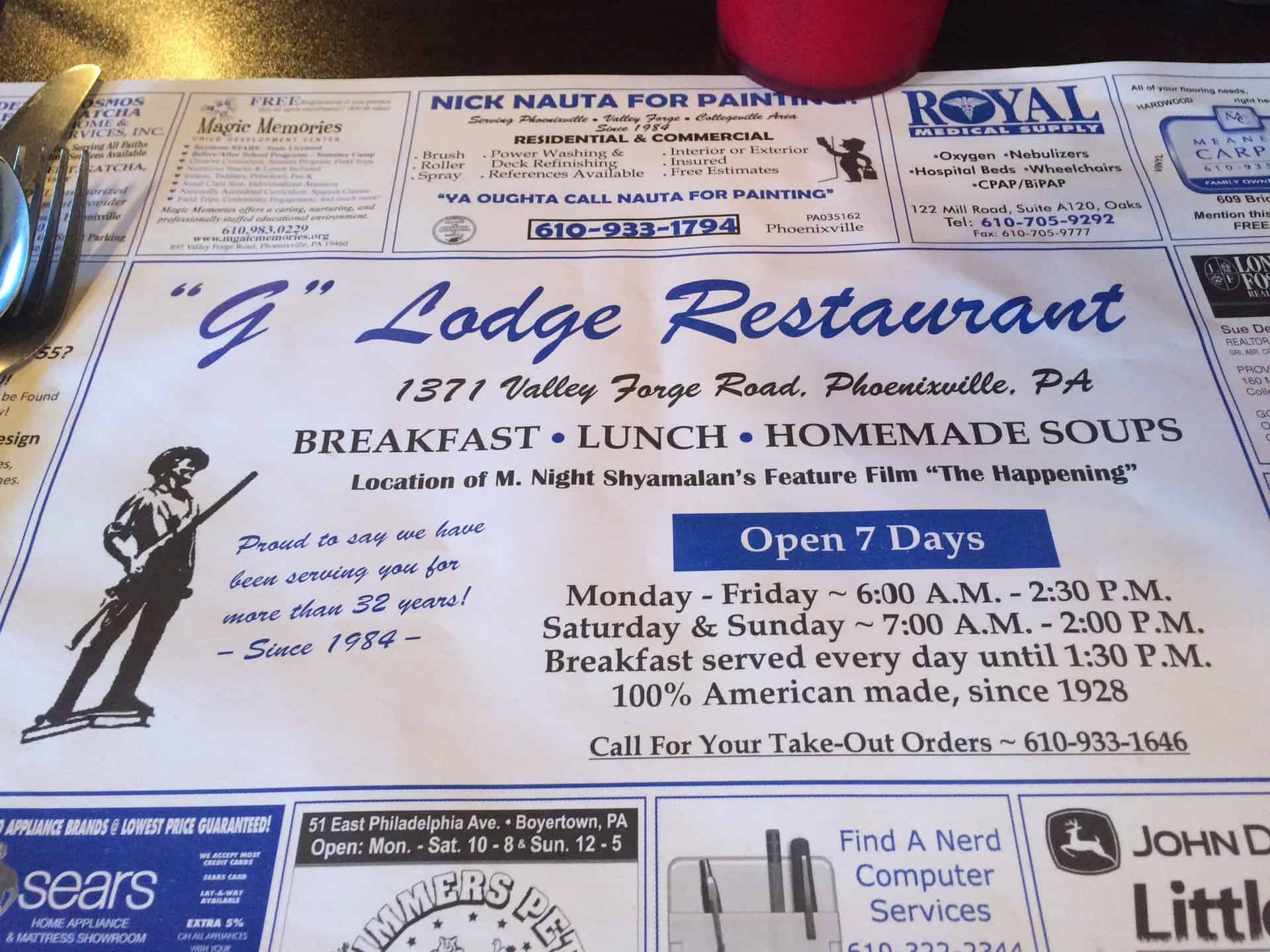 Daily specials are listed above the counter, and there’s a lot on the menu as well. My eyes to always be bigger than my stomach here, though I’ve never sprung for the G-Buster special. Unlike many diner fans I am not a fan of breakfast homefries so I love that they have potato patties (deep fried!) as an option.

We appreciate the diner-like counter seating when it is just the two of us, as the tables are cozily crammed together. We’ve never found the table situation a problem as most folks keep to their own personal space, but if you’re one who needs plenty of elbow room, this is a heads up. 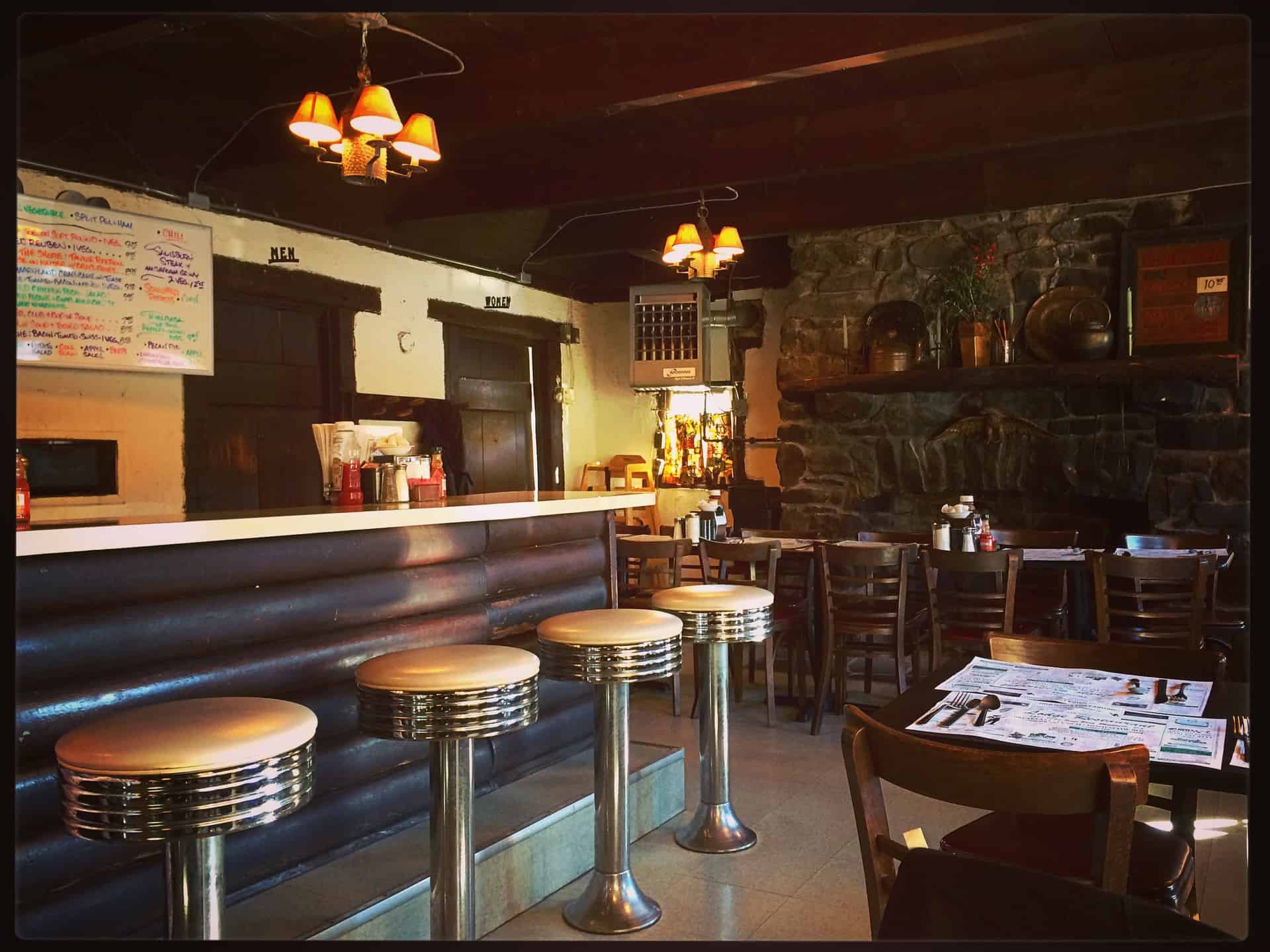 Speaking of heads, make sure not to bonk yours on the wonderful giant stone fireplace replete with Colonial-era inspired decor and hewn log mantlepiece. If you grew up in the bicentennial era you will certainly have a 1976 flashback, especially when you see the curtains! 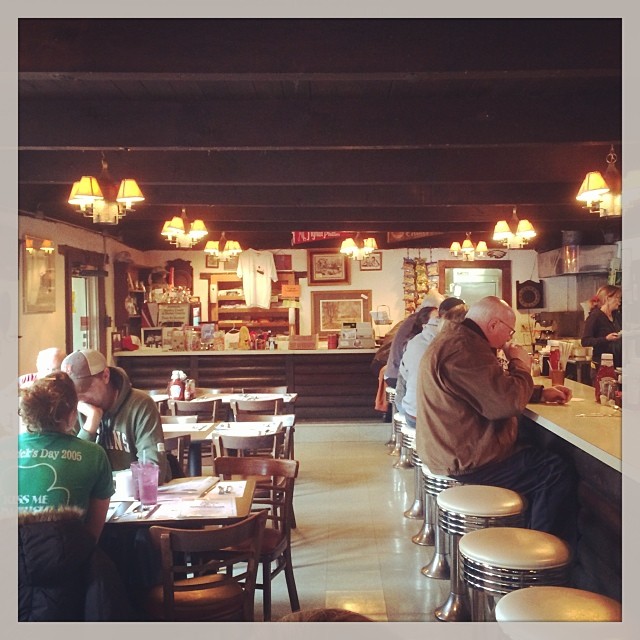 Hollywood Point of interest! The G Lodge appears in M. Night Shyamalan's movie "The Happening" and was renamed The Filbert for the film. Mod Betty and her pal Mr. Toast popped by there during that time! 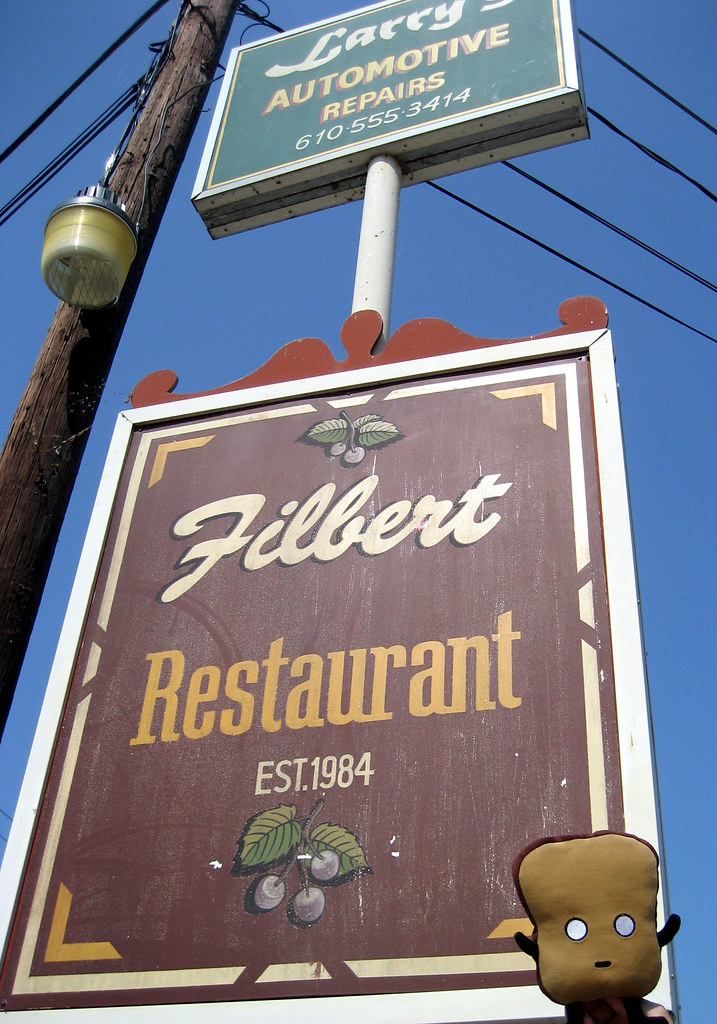 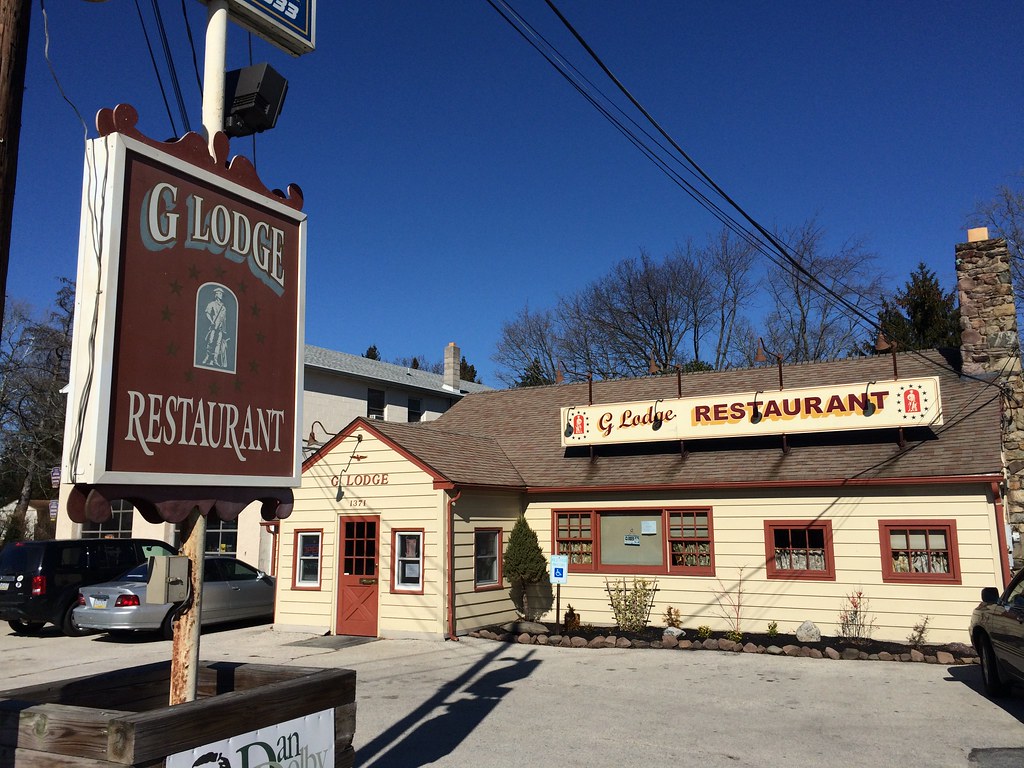 So if you're in the Valley Forge area and the stories of General Washington and his men have you hankering for breakfast or lunch, try the G Lodge!