You may not be a vexillologist* (ooh check out smartypants Mod Betty!) but Humphrys Flags is a must-visit when traversing the Colonial-era streets of Philadelphia. You can kill two historic birds with one stone, as it is just across the street from Betsy Ross’s house-! Obvs you can't miss it - with a flag like that :-) 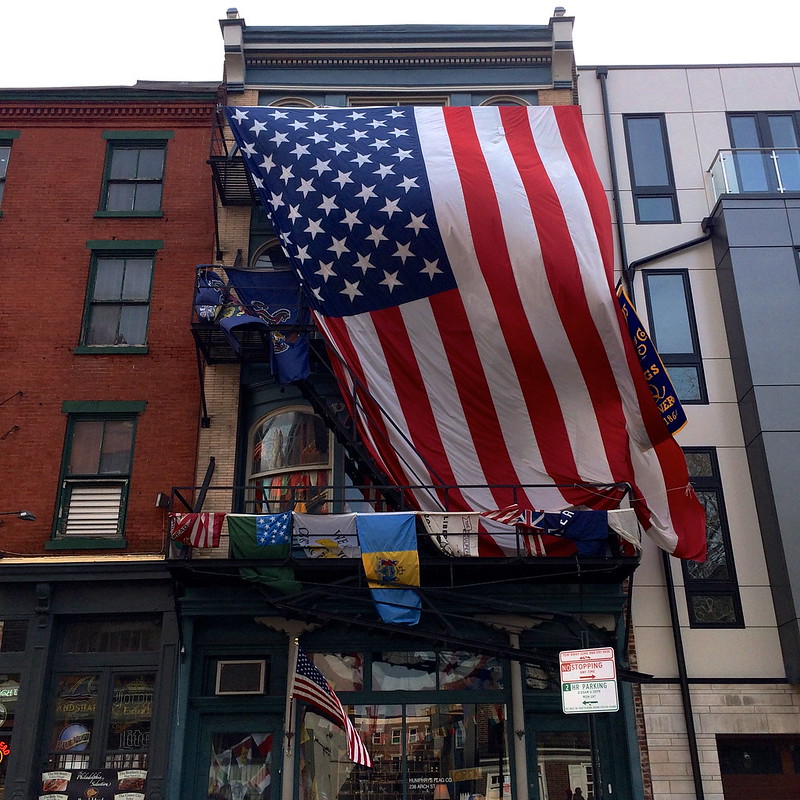 One of the oldest flag manufacturers in the United States (since 1805) Humphrys originally started in New York as sailmakers. They moved to Philadelphia in 1864 and have been here ever since. All of their flags are made in the US - just up the road in Pottstown, Pennsylvania. So if flying a US flag made in the US is important to you, Humphrys is your shop. 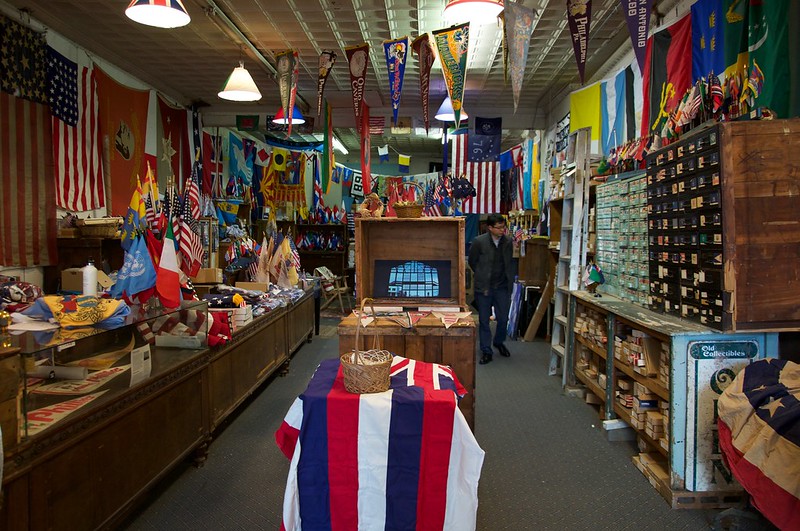 Speaking of shop, you can’t miss their retail shop, with its antique facade, curved glass and stories-high US flag hanging from their fire escape. Push open the oversized door and enter a world unto itself, much to the delight of any Retro Roadmapper. 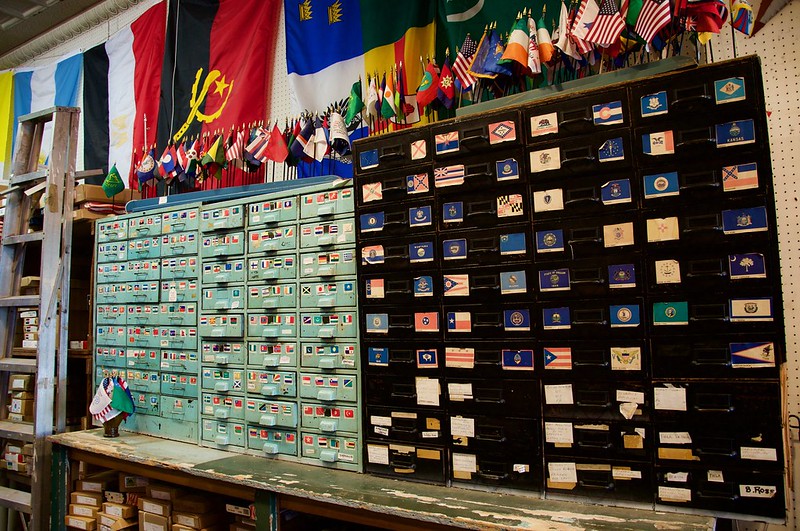 Instead of a sterile post-modern environment with pristine touchscreens accessing an online catalog, you’ve got flags.Flags everywhere.

Flags draped over the bannister, hanging from the ceiling and in sliding drawers. 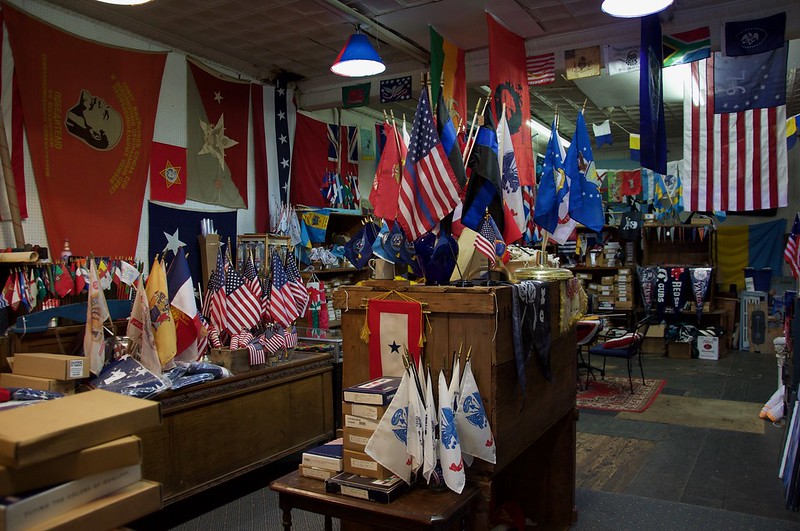 Owned by the O’Connor family since the 1970s they’re also well versed in flag meaning and lore. If you want to design your own they do custom work and can help you know the meaning of the symbols to ensure you’re sending the right message. 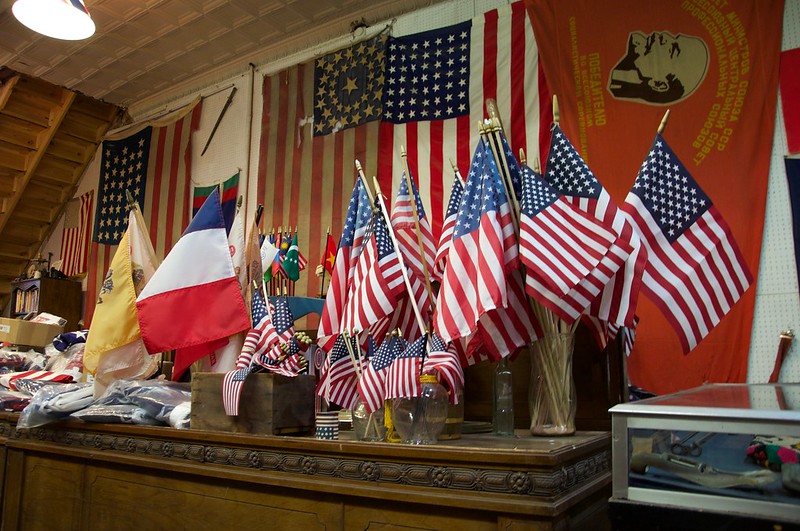 Oh, and that big USA flag? Matt O'Connor reports, "The biggest flag we ever made was a USA flag, 255 by 500 feet - that is still the largest USA flag ever made" That makes the one hanging on their building seem almost dinky in comparison-! 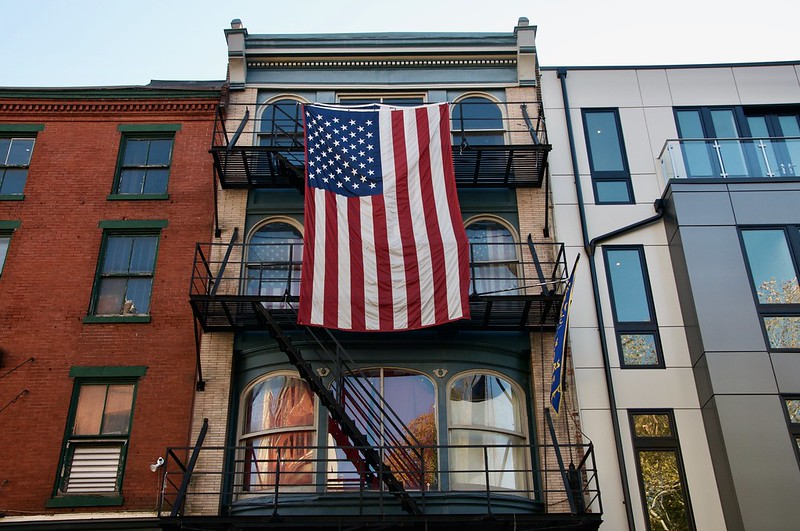 *Vexillology is the scientific study of the history, symbolism and usage of flags.