They say you never forget your first time. That cliche does ring true for my first visit to Studio City best old school eatery--Art's Deli some fifteen plus years ago.

My then girlfriend, now wife and I had just moved West from the comforts of New York and New Jersey to a quiet but oven-free bungalow in Studio City. After another late night of exploring Hollywood's rock and roll scene we found ourselves hungry. Knowing that microwave food was the only option at home (no thanks) we drove along is search of something delicious.

Why we picked Art's that late night remains a mystery. After all, before relocating here we had visited this area on several occasions and enjoyed eating at both Cantor's and Jerry's Delis. But we had never tried, or even heard of Art's. We drove down Ventura Blvd and there it was. The blinking old school neon sign beckoning us like a lighthouse does a ship at sea. Maybe that is what made us stop. Or maybe it was the black and white checkerboard tiles on the exterior wall. 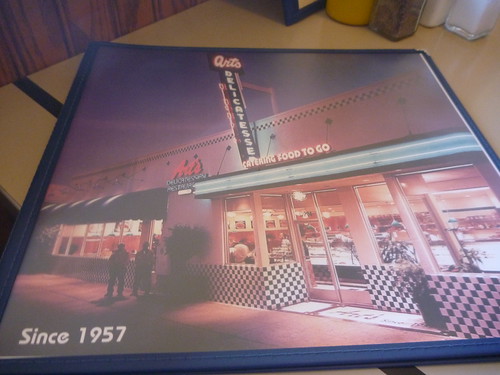 Or maybe, just maybe, it was fate. 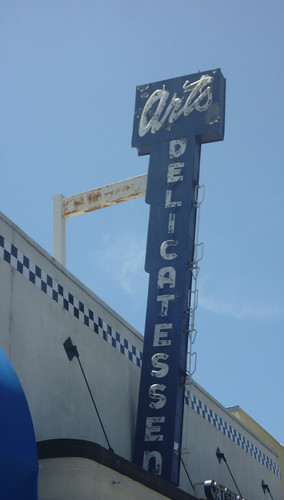 On our virgin visit we were greeted by a warm, old school (and thankfully hipster free) deli that resembled some of our favorite New York City haunts. Mostly empty, except for a few solo diners and a couple sixty-something female waitresses. 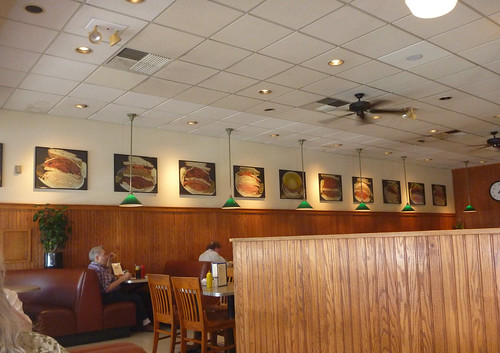 As a bonus we also came into contact with our first celebrity since moving to Tinsel Town. There in one of the sleek, yet UN-asumming wooden booths sat iconic late night talk show host, the now deceased, Tom Snyder guffawing his way through an oversized sandwich. Man, that guy had a goofy laugh. As we sat in a nearby booth I noticed Tom was dressed only in a sweatshirt and flannel pajama pants and that whatever he was eating looked good.

“What is that?” I asked the waitress. 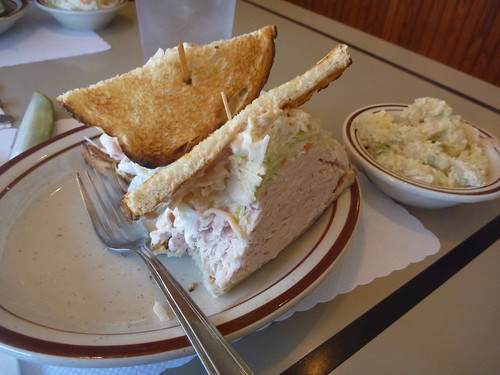 With that I had a new favorite deli and new favorite sandwich. The Sky High comes in many forms and my variations but my favorite is comprised of turkey (or turkey pastrami), cole slaw(on sandwich) Russian Dressing all piled unto sourdough bread. Served with thick cut steak fries and a Doctor Brown's cream soda it's the perfect meal.

The meat at Arts is always fresh. That's what sets them apart. Other favorites include the turkey salad sandwich, black and white cookies, knishes and homemade chicken matzo ball soup overflowing with carrots, noodles, chicken and bagel chips. It's a take out go to during cold and flu season.
The prices at Art are slightly higher than your average lunch place. Plan on spending between $15.00 and $20.00 per person. But it's well worth the cost for the super fresh and super tasty eats. Plus you never know who you might bump into. I've enjoyed my meals sitting next to everyone from Ernest Borgnine to Leah Thompson ( “Back To the Future”/”Howard The Duck”) and the fat guy who plays “Mike” on “Mike & Molly.”

Art's tag line is “Every Sandwich Is A Work Of Art” and that was true from 1957 until 2013 when owner Art Ginsburg died. Each kitchen creation was lovingly hand crafted (or overseen) by the man himself. 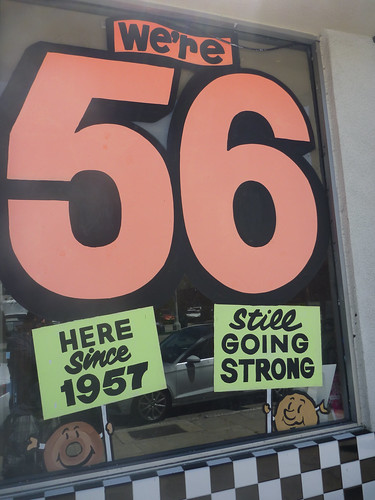 Since his death, Art's children have continued the tradition of serving the freshest and highest quality food in a relaxed family friendly environment. Unlike Cantors and Jerry's who have slipped in quality over the years, Art's is always good. Always. 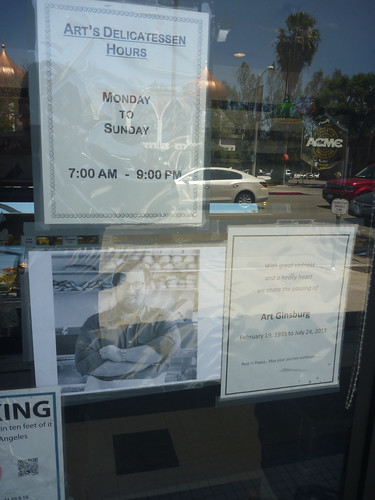