Over 200 Antique Arcade Games and More!

When Retro Roadmap Reporther Keith Valcourt told me he was heading to San Francisco with the fam I knew I had to send them all to the Musee Mecanique, as any good wacky aunt would do. I just knew (hoped!) the kiddles would dig it, and wanted to ensure this place had some prime coverage here on Retro Roadmap. They went, they funned and here's his report!

Quick, name a retro-rific place you can go with only handful of quarters and have the time of your life. No. Not the laundromat. I mean, sure, some vintage laundry emporiums are cool but spend more than a few minutes there without any dirty clothes and you're sure to get thrown out.

The place I'm talking about today is the one, the only MUSEE' MECANIQUE located on Pier 45 in San Francisco's Fisherman's Wharf area. 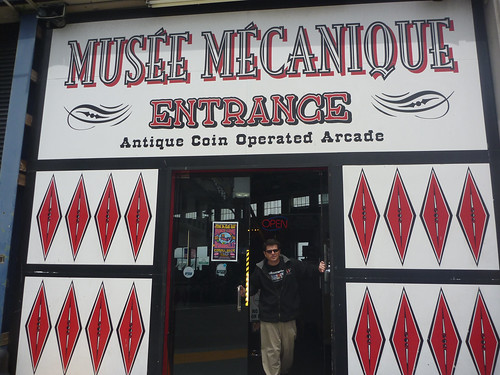 On a recent road trip to the city by the bay, I had a chance to visit the antique arcade in it's latest and more spacious digs. First off admission is free. That's right. FREE!

Secondly Musee Mecanique may well be the greatest place I have ever visited. And I've been to both Disneyworld and Disneyland. Why? The joint is full with over one hundred working old-tyme coin operated games and attractions, some dating back to the early 1900s. All well worth the investment of both your twenty five cent pieces and your free time.

Upon entering Musee's sideshow-esk doors you will be greeted by a behemoth named “Laughing Sal” who has been delighting (and terrifying) children of all ages since 1940. I'm pretty sure her hideous cackle was responsible for my six year old son's nightmares later on that evening. 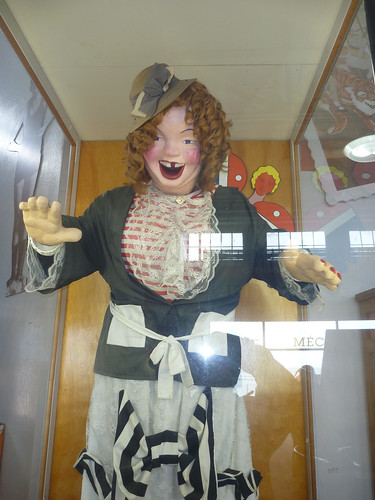 The walls are decorated with photos and memorabilia from the defunct San Fran amusement park “Playland” where many of these creations lived for decades. 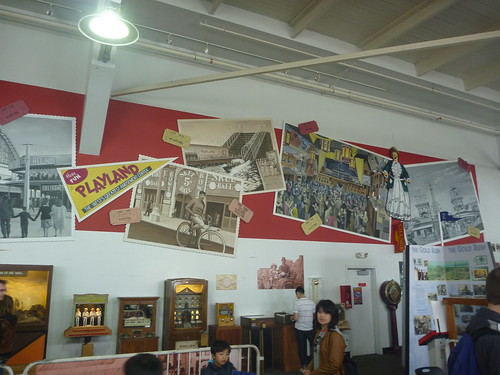 Highlights of the coin op collection include “Execution” dioramas in several different nationalities. For a quarter each plays an ominous tune as doors to a castle open to reveal tiny puppet soldiers marching a convicted (I assume guilty) mini felon to his ultimate end at the gallows. If witnessing a pint sized hanging seems a bit dark, then you should avoid the odd “Opium Den” machine and check out the musical fun of “The Olde Barn Dance” or the dancing “Thimble Theatre.” 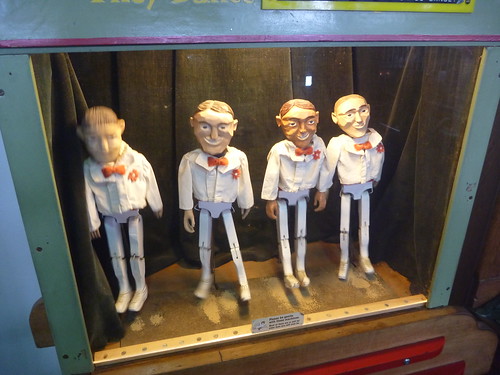 The best bargain in the place is the giant twelve foot long multi-sided creation called “The Carnival.” For just fifty cents you get three full minutes of movement including a side show, Ferris wheel, circus performers and a photo booth.

Musee' also has several variations on “Laughing Sal” including “Jolly Jack” and “Mechanical Mime.” When activated each thrashes about while emitting maniacal sounds of joy.

For those of you looking for a more modern gaming experience they have PONG. Yup, 1979's hottest game is here among all the vintage coin operated fun. That and “Phoenix” circa 1984 and a “Whack A Mole” machine from 1988 seem to be the most up to date technologically advanced games in the whole arcade. And that's a good thing.

The most impressive thing about the collection is that everything works! And works well. (Apart from the before mentioned “Whack A Mole” which ate two of our quarters and never moved.)

Didn't show up with a pocket full of quarters? Don't worry. Change machines are in abundance throughout the hall making it possible to transform your paper money into coins that can quickly be transformed into hours and hours of old school family fun. Musee' has a gift shop
that sells cool DVDs showing history of the magical machines and how they look in action. (Sadly, it was closed during our visit.)

There are four things you MUST do when visiting San Francisco:

And if you only have time for three things you could skip the bridge. After all it's just a bridge and doesn't feature anything as entertaining as what you'll find in this one-of-a- kind, must-see, vintage arcade. And when you see “Laughing Sal” tell her I said hello.