When I returned to my old college town of Boston recently for reunion weekend, I found myself feeling nostalgic for times and places gone by. Then I found myself feeling hungry. Very, very hungry. I knew my visit would not be complete without stopping by some of my favorite old school eateries. Sadly, most of those brilliant and retro worthy joints are long gone. Plowed under to make room for still more locations of Starbucks and CVS Pharmacies. Restaurants like Sammy's Falafel, Charlie's Cafeteria, Pizza Pad and Deli Haus are nothing more than a memory. A tasty tasty memory.

Thankfully there was one place left standing after all that “Progress” took away my favorite places.

That place was the South Street Diner, an unassuming diner tucked away on the edge of Chinatown since it arrived there in 1947. 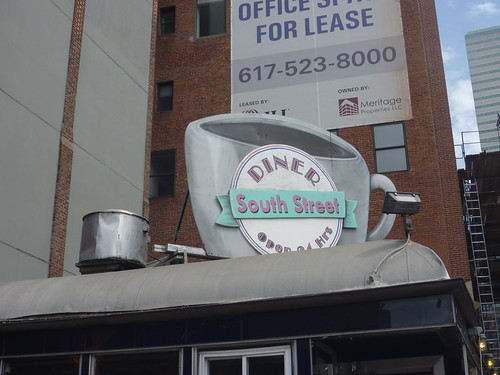 The South Street Diner, known back in the day as “The Blue Diner” was built by the Worcester Lunch Car Company some sixty plus years ago. It really is a hub for all types including the blue collar workers, office types, tourists and late night party people. The blue pleather stools and booths remain as they have since they were installed (or at least since I first visited them in 1985.) 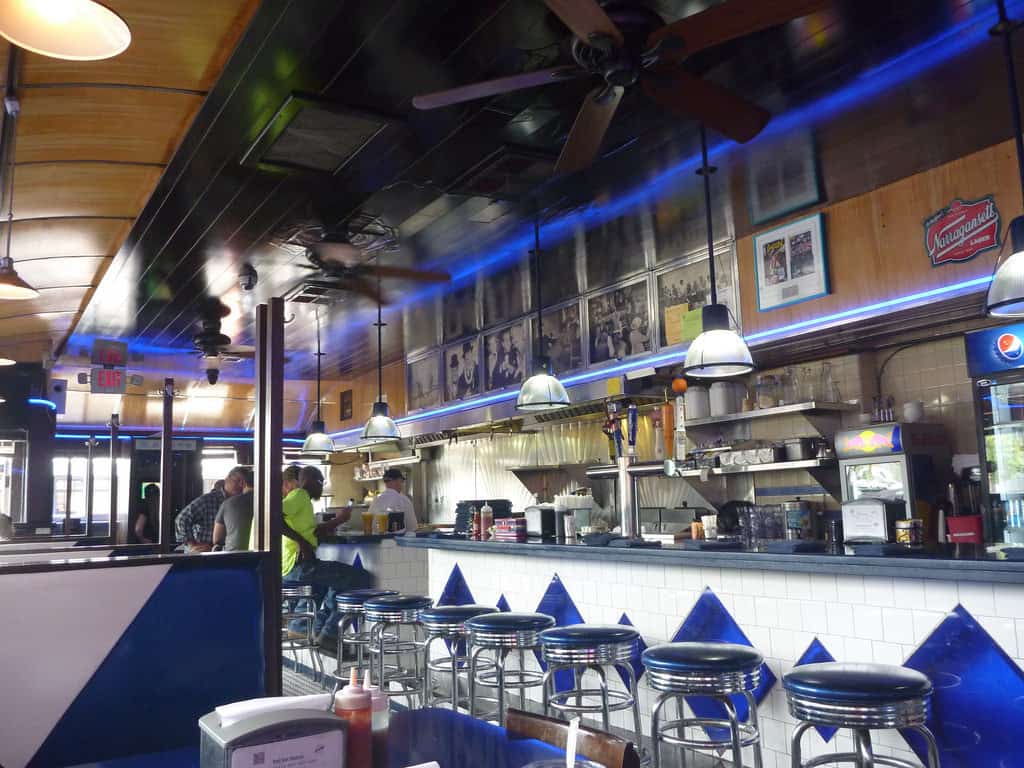 The menu is not huge, but offers a perfect array of sandwiches, specials and breakfast anytime. And we mean anytime. During my visit to Boston, I stopped by the joint twice enjoying some early morning steak and eggs and a late night turkey club with gravy soaked french fries. Both done to diner perfection. 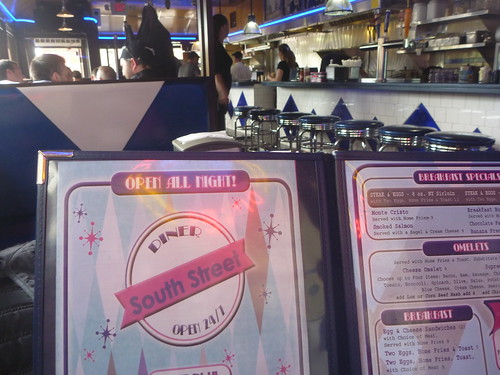 The South Street Diner has a thriving late night scene. Offering hot food for the club crowd looking for a place to hang out and sober up. You can even reserve a table from 1am to 5am so you don't have to wait in the lines that develop outside. They get pretty long. 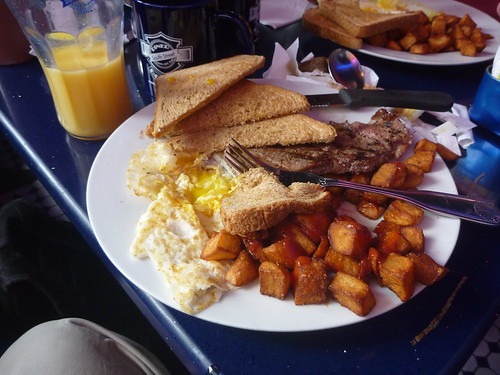 I have to admit that if the South Street Diner was not around I don't know what I would have done. It really served as an oasis in a town that I barely recognized after decades away. The food was perfect, the atmosphere was local and the accents were thick. Making my time there perfect. 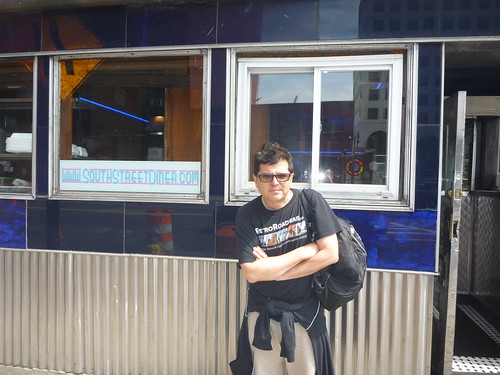 If you find yourself in Boston, you gotta try the place for yourself. It's “Wicked Pissa” That's Boston speak for really really good.

Mod Betty adds: I remember seeing the Blue Diner every time I'd take the bus in from the suburbs into South Station when I was in high school, going into the Big City to go record shopping and exploring. At that time the diner was run down and sad, but then was later spiffed up into the mod Blue Diner. I too remember in later years heading over there after seeing a band or three, knowing we'd get a tasty breakfast well after many normal restaurants had locked up for the night. The last meal I had there, I remember seeing this guy who used to ride his three-wheeler bike down Newbury Street - as he'd approach he'd yell in a booming voice "MOOOOOVE!!!!" and wen I saw him seated at the counter at the diner it was a bit like seeing someone famous. Then I realized "hey, the bike guy has gotta eat too..." and what a better place for the 3 wheeler guy and the gal who just came from a rock show to be at 3am but the Diner :-)