2019 Update: The interior has been updated a wee bit, but the pizza is still one of my faves, they've still got fishbowls of beer and the neon still glows. YAY! 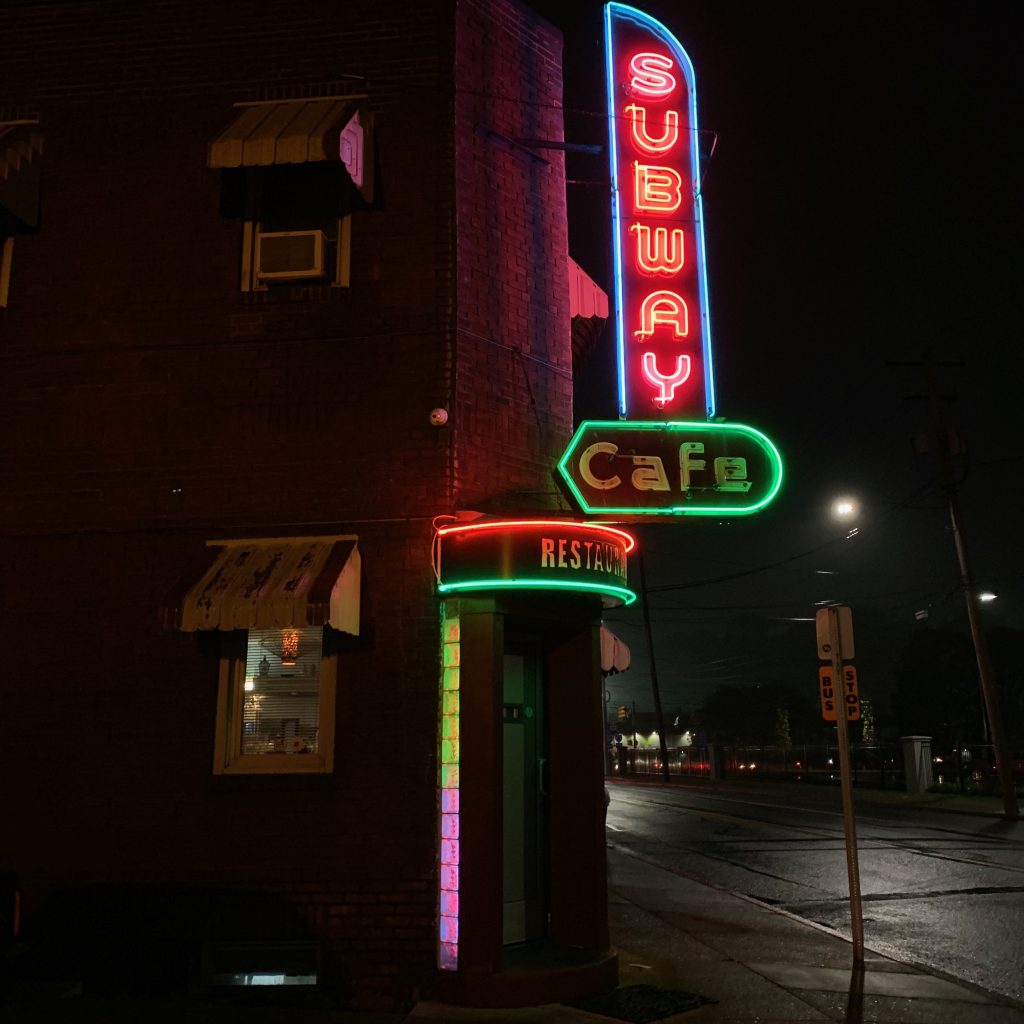 It doesn't matter that there isn't an actual subway in Harrisburg, PA  since they've got the Subway Cafe restaurant and its glowing neon sign! 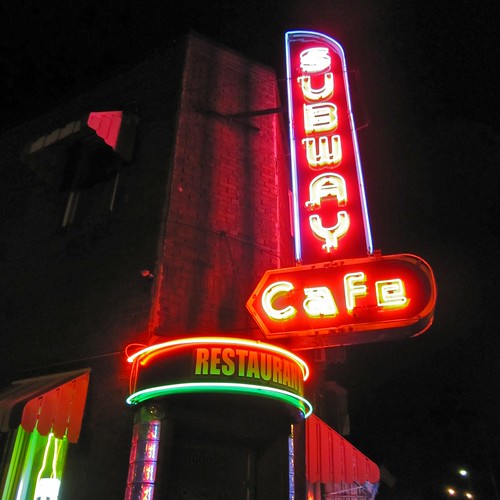 Supposedly named for the railroad tracks under the bridge across the street, The Subway Cafe is in an industrial part of town. But with the glow of that neon beacon as a guide, and RetroRoadhusband by my side, we headed there for a bite at the beginning of a Saturday night out on the town.

Given the neighborhood we weren't sure what to expect, but as soon as we walked in to this small restaurant to find all the tables crowded with regulars (but some seats at the bar available for us) we knew all was well. 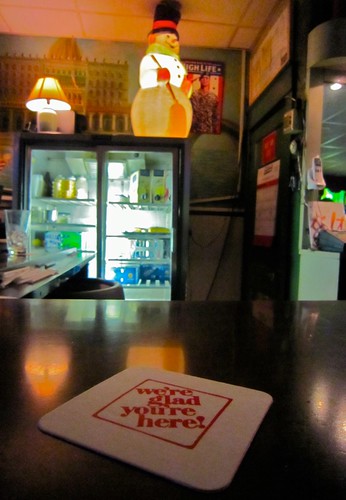 While my eyes were thrilled to see the 32 oz. fishbowl beers being served, I knew my liver would be less than excited, so we opted for pints. I had read that their pizza was something to try so I ordered a plain pie to share with RetroRoadhusband, while he got a salad with house dressing and a meatball sandwich.

While we waited for our food I all but swiveled around on my seat to take in the authentic vintage decor of the place. From the mural of the hills of Italy - painted by one of the original bartenders back in the 1940's, to the fantastically fabulous atomic age lighting fixtures, this place is the real deal. 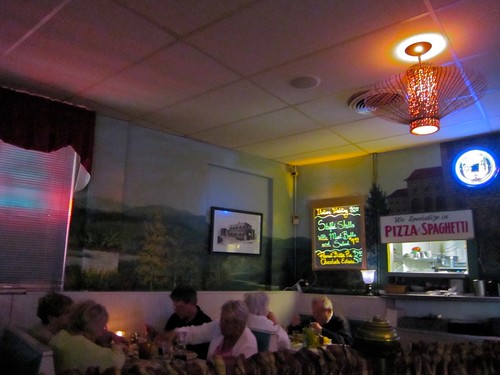 The mirrored bar harkens back to when the place was not much more than a bar in the 1930's, and even the sign above the kitchen window looks like it's been around for forever.

We chatted with the gents next to us for a couple of minutes until our food arrived, and from them knew to expect the thin, crackery crust and the sauce on top of the cheese. While this style of pizza may not be something you're used to,  I am a big fan of this thin crust pizza, and this was definitely a nice change from the bloaty inflated pizza crusts from chain pizza places for sure. The sauce was tangy and cheese just right. 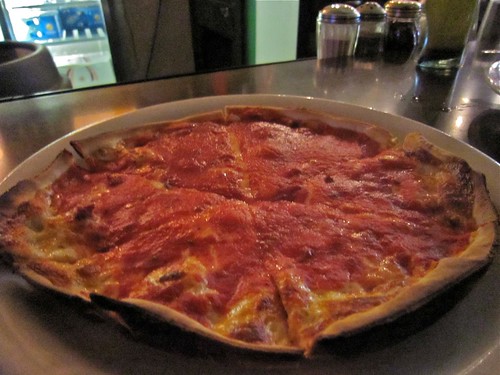 RetroRoadhusband enjoyed his salad  - though he would have enjoyed it more had he shaken up the house dressing (as instructed by our bar-mates) but it was good to get some vegetables in, to at least pretend we were eating healthy.

Our waitress/bartender was awfully nice, even suggesting a way I could take home one of their homemade eclairs. I was tempted, but with a long night of fun ahead of us I wasn't sure it would sit well in the car.

As we left I could not help but be in awe of the flood line markers on the wall as we made our way to the door. The 1936 flood is bad enough, but to see that the 1972 flood came within a foot of the ceiling just boggles the mind. Thank GOD the flood didn't mess with those crazy 1950's ceiling lights! 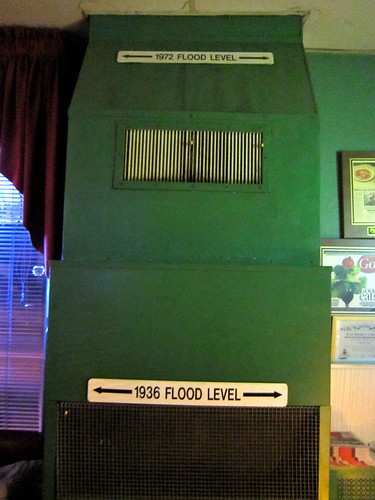 As we made our way to the RetroRoadmobile in the parking lot I stopped to quickly snap this photo of a vintage neon Yuengling beer sign in one of their windows. You rarely if ever see this iteration of their logo, and even though I'm not a Pennsylvanian by birth, I still like to see this old design. 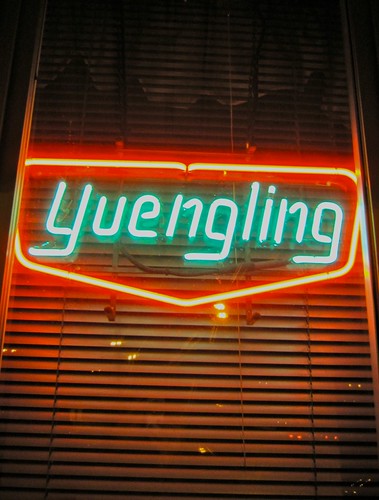 So if you're in Harrisburg and want some authentic Italian food, just follow the glow of the Subway Cafe's great neon sign!