The Cascades, Jackson MI – A Summer Tradition since 1932

If you yearn for what it might have been like to visit a fabled World’s Fair of days gone by, a trip to Jackson MI might be in order for you. It is home to The Cascades –an inspiring attraction built from a single man’s wish to give his community an other worldly and peaceful place to visit. 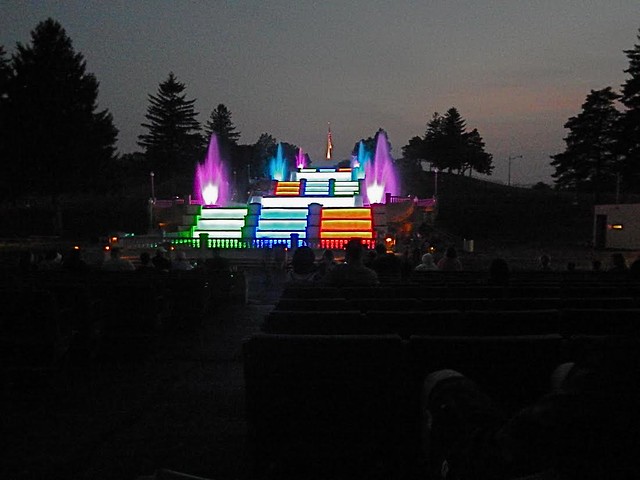 William Sparks moved to Jackson, MI when he was nine, and worked hard throughout his life to build a successful career. He made his riches by working with a company building parts for the new industry of auto making based nearby in Detroit and along with his wife wanted to leave a legacy, a gift to his community. 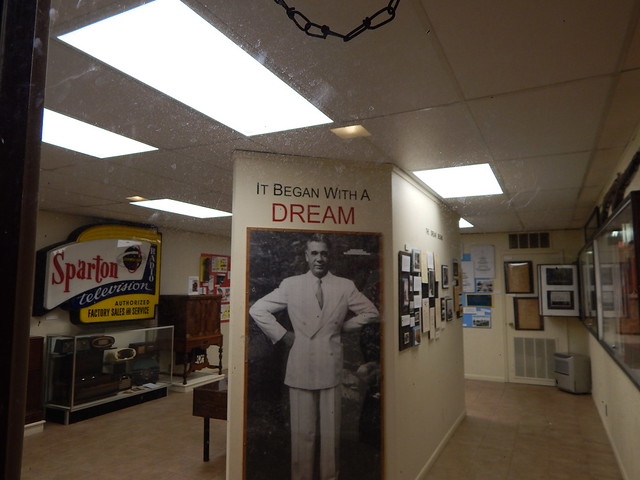 A trip to the 1929 International Exposition in Barcelona planted a vision in his mind, and the waterfalls and fountains of this wonderful place were born.

Started in 1931, it took only a little over a year for the Cascades to be built in all their Art Deco wonderfulness.

The Opening Night crowd of over 25,000 was amazed as the water tumbled and roared down all 500 feet of falls. Music played and still does nightly, and newly installed LED lights create a spectrum of flashing colors that hypnotize you as twilight fades and the 6 adjacent fountains shoot into the sky. A walk up the stairs to the top takes you up 64 feet, while fountain sprays drift over you as you look down at your fellow spectators below. 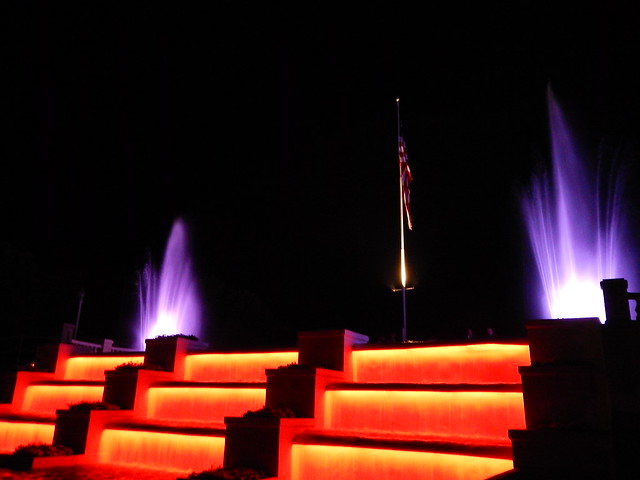 The Cascades have been owned and operated by the Jackson County Park System since 1941. A small admission charge helps covers upkeep and numerous “Save the Cascades” drives over the years have helped keep this roadside treasure from slipping into oblivion as water systems need maintenance and lighting has been upgraded. A tiny museum gives context to the history of this beautiful icon as you find out the Cascades once hosted spectacular pagents with dancers, swimmers, fireworks and orchestras.

But all you really have to have to do is sit and watch the lighted water cascade while the patriotic, heartwarming and glitzy (Copacabana anyone?) soundtrack plays over the speakers. 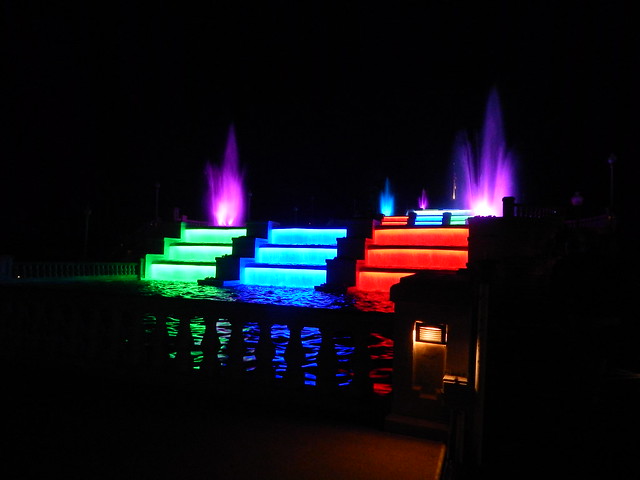 First designed as a simple fountain, which Mr. Sparks rejected, the Cascades became what he wished- “Something nobody else had.”

So if you are traveling in southern Michigan make plans to spend an evening under the stars in Jackson, enjoying the simple magic of The Cascades in all their Technicolor glory.

Thank you John! This definitely sounds like a place we should all check out - after all, it began with a dream, just like Retro Roadmap!
XO Mod B